Letter from the Author #50: Six years of #MarkedbyOdin 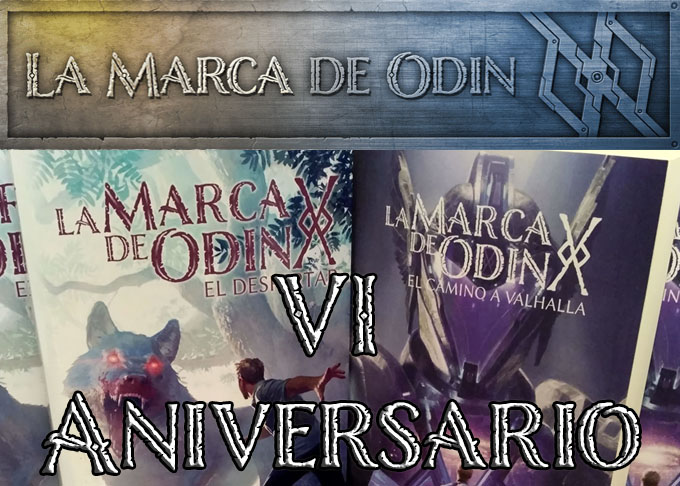 Dear #MarkedbyOdin is a real pride and honor for me to be able to write to you just when six years have passed since we launched the Mark of Odin project. Six years ago I published Mark of Odin: The awakening and shared with everyone the famous launch trailer #DesastreSevilla with which we seek to draw the attention of media and readers.

It seems that it was yesterday when I was at home checking with nerves and emotion every one of the first orders that came through the old web store. The first excited signatures in the paperback editions, prepare the first packages and take them to the Post Office. It was the consummation of a dream and a six-year job. Yes, you read well, it’s been twelve years since I started to create this saga and transmedia literary project.

This sixth anniversary is more special if possible, since it is the first in which I can celebrate that The Road to Valhalla is already published and we also have the English edition of The Awakening. Not only that, we have a new website that, although it is still a work in progress, has been a qualitative leap with respect to the one we had before. This is the best gift I can have without a doubt, since those who are with me from the beginning know the time and what it has cost to take another step in the saga.

Since my last letter we have continued working to increase sales and give greater visibility to the English version. I must confess that this is a most difficult task, sometimes it seems impossible, since we are David competing against a hundred thousand Goliaths, but we have the Great Father Odin and the Valkyries on our side. In this matter, I want to share with you the incorporation to the team of Belén Castro, former student of the Master of Online Marketing and Social Media Strategies of the University of Seville. She is also a big fan of the saga and since the last month she is actively collaborating to make it better known. 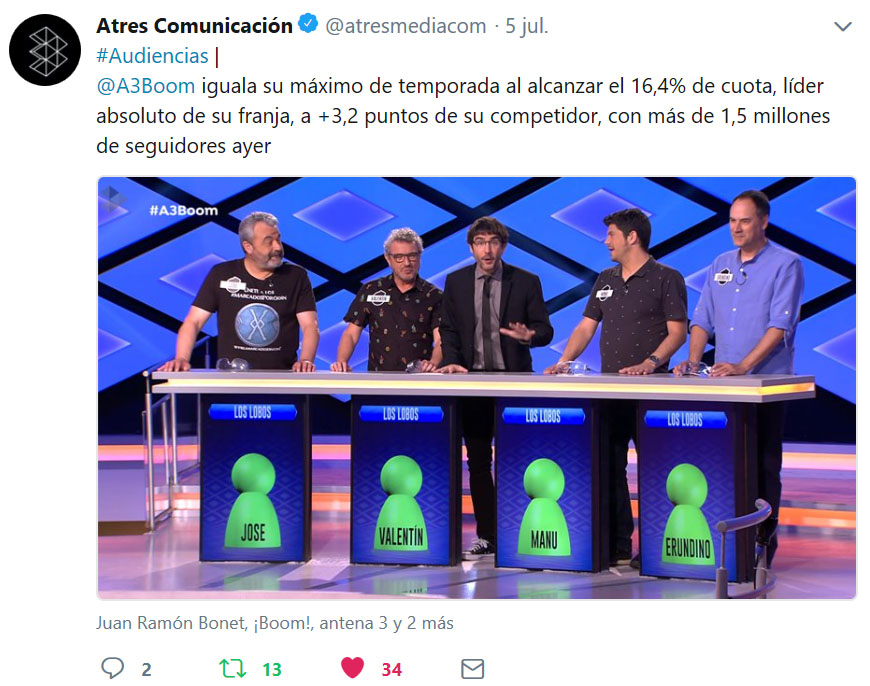 Not only that, last week José Pinto, contestant of the Antena 3TV show ¡Boom!, had the detail to participate wearing the shirt of the #MarkedbyOdin giving us a lot of visibility. I want to thank him again for his selfless help! You can see several here several fragments of the program and also a part that we share live.

On the other hand, having not yet had an ideal volume of sales, after a little more than a year of "standby" I have returned to my position as head of international marketing and communication in the Norwegian games and Apps development studio Megapop Games. In the fall we plan to launch two new titles globally: Trolls vs Vikings 2 and MegaNumbers so my services are required. On the one hand, this will steal me hours to devote to the saga but on the other it will give me more stability to be able to strength the following steps.

And what are the next steps? Obviously, we will continue to focus on increasing the visibility of the saga and try to increase sales. If they do, I will not only be able to dedicate more time or work exclusively on this, but I will also be able to incorporate more collaborators to the team in order to delegate more. After all, the ideal is that I can focus only on writing, that's what I know you all want.

Calm down! I promised you bonus chapters and extended content. I would have liked to have published in June the first bonus chapter of 'The Road to Valhalla', with the title of 'The Battle of Jotunheim'. In the end it could not be, due to several factors that have prevented me from being able to focus and give you the version I want to do. Now that things are stabilizing, despite having fewer hours, I will plan better to be able to dedicate myself not only to finish the bonus chapters but to prepare what will be the first extended contents of Volume 2 of the Odinpedia.

In the previous letter I commented to you the idea of ​​preparing a series of contents of the chronicles type with notes of Alvit about the Borean civilization. Well, apart from that, I confirm that my plan is to share some of the pending contents of the Volume 1 focused on Professor Hågensen, Santiago, Marta, Juan Aguilera and the Diablos de Hispania. With them you can know parts of the story that are only seen briefly in the second book. In addition, I have planned a whole series of contents of Volume 2 focused on both known and new characters from the second book and, of course, new news from Noticias Directo WebTV.

Keep in mind that for all these things I depend on our Art Director, Manu Nieto, who is ultra-busy now with the production of the second season of a well-known TV series... But we’ll try to take time out of wherever so at least we can have new character illustrations. We would love to get into 3d renders and other more elaborate productions of vehicles, locations and other things that you can already imagine from the second book, but for the moment you will have to wait, since it is not realistic to promise these contents in the short term.

And once I have all this settled my idea is to start with the production of the final draft of the third book: Ragnarok. Calm and tranquility! Calm and tranquility! At the moment I cannot promise dates or I can get to it with the same pace with which I did last year with The Road to Valhalla, it will be a much quieter one. At least while sales do not increase in pace. If they do it, everything can be accelerated as I have already commented. The idea and illusion is that you do not have to wait five years, but much less for the next book.

Remember, your support is what allows this saga and dream to continue growing. Thank you very much! I will not tire of giving them to you. Your messages, opinions, recommendations to friends to join, are essential. Without them this climb to the top of the mountain of success would be impossible. 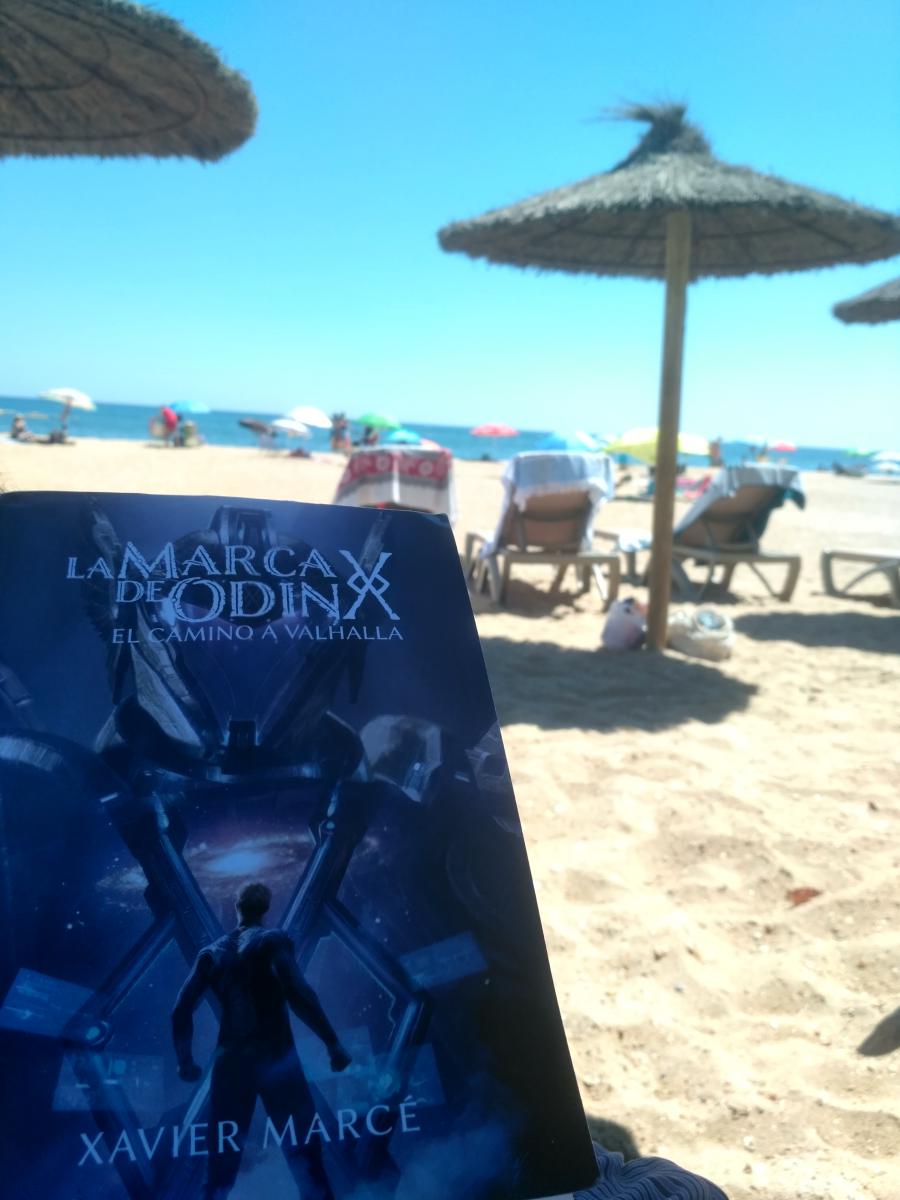 For our International friends I want to update you that we have failed to get grants to translate Road to Valhalla to English. I will try to keep searching new grants or a way to accelerate the translation. In any case, the main way to do it is to raise awareness and sells of Mark of Odin: The Awakening.

I leave saying goodbye wishing you enjoy the summer, the pool, the beach, the mountain, the getaways and trips to new places, your friends and family. If you take your books from Mark of Odin, I encourage you to continue sharing photos with us. We adore them! And those who have not yet taken the step to awake to your real fate. I remind you that you are still on time. It's never too late and we miss you so much! You already know that you can order Mark of Odin: The Awakening at Amazon.

Remember, all is connected...