Letter from the Author #74: Towards Ragnarok and Book's Month

Dear #MarkedbyOdin, almost two months have passed since the last Letter from the Author, and there are many things to tell you about Mark of Odin and its immediate future. This start of 2021 is striving not to fall behind 2020 and we continue to face the worst possible conditions. Even so, that has not stopped us and I feel more determined than ever to turn the situation around and make this saga grow like never before. 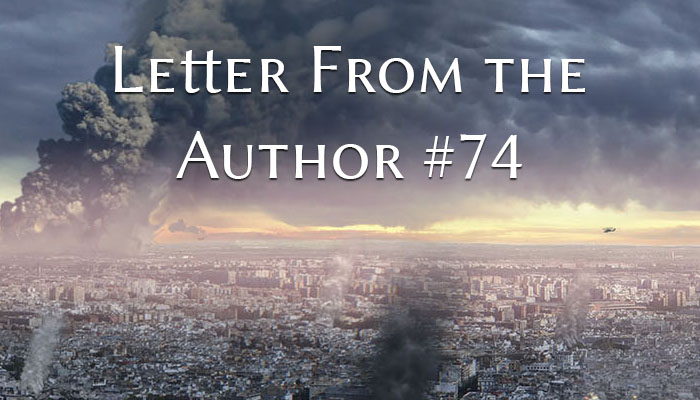 We continue to resist the pandemic

Personally, as I imagine it will have happened to most of you, the past months have been though. Seeing that this pandemic seems to have no end and that it is difficult to see a horizon of positive expectations causes many storms, both external and internal. And in the end, even if one does not want to, what we are experiencing ends up affecting a lot. Not only to oneself, but to loved ones, making each day seem like a new challenge that is impossible to overcome. But here we continue, day by day, fighting, brawling, surviving, being resilient and reaching the hope, however minimal, that sooner or later everything will improve and we can have the life we ​​want again.

Fourth Spanish Edition of The Awakening

Well, in my last letter I confirmed that I was finally going to get to the third book. One of the previous steps was to start reading everything as a reader, especially to take on this critical and important part of the writing process with more enthusiasm. Well, in the end, even though it cost more than I expected, I was able to start with it. The point is that, after completing the entire first volume of The Awakening and the Odinpedia, plus the bonus chapters, a compelling idea arose that I could not restrain... 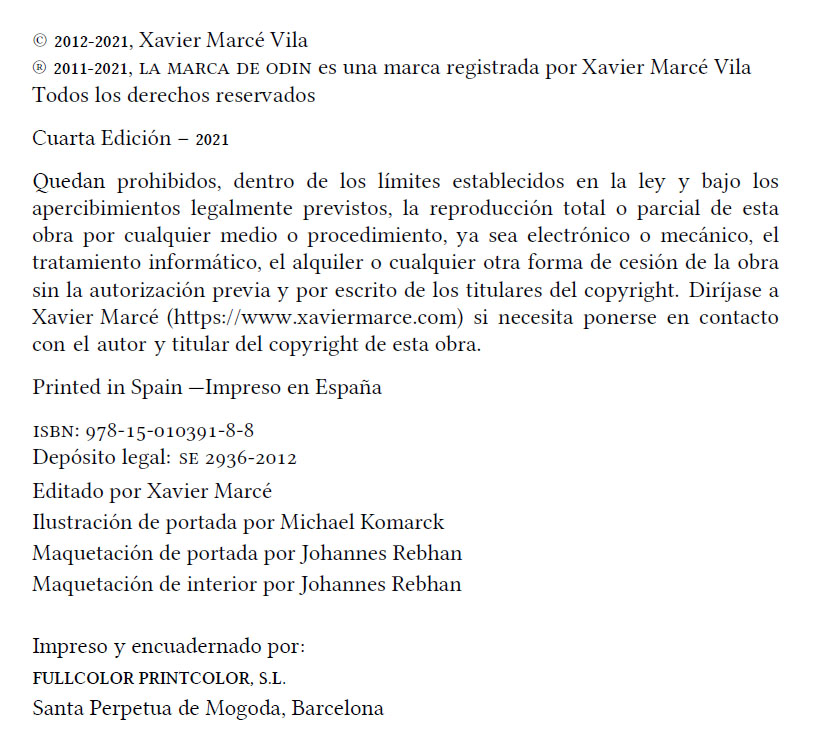 Yes, after rereading the first book I couldn't help but feel the need to solve something that had been in my head for a long time. A new reissue of the first book, not only to correct errors that avoided the previous ones, but to formally improve parts of the narration and the dialogues, thanks to the constructive feedback you have given me over the years. In addition, this reissue is key to prepare one of the surprises that I want to deliver to our Spanish readers when I release Mark of Odin: Ragnarok (I'll tell you more details below).

Not only that, up until now we used a very laborious reissue system as it relied on the amazing Johannes Rebhan for mods. He is a crack and has done a great job, but it is true that being German and not fluent in Spanish, this made the process more complex than we all would wish.

With this new edition I am testing a system that allows me to directly edit the final documents. In this way, I have been focused on this new edition for some time, which will be available both digitally and on paper very soon. In fact, if all goes well, I hope it will be ready in April for the printing of the new edition of copies that we will do to reinforce our stock for the campaign of the Book’s Month.

April is here. It is one of the most important months for us in terms of sales, thanks to the Book’s Day campaign. This year it is more important than ever for us to be able to encourage new readers to join the #MarkedbyOdín ranks. These last few months have been very negative due to all the collateral damage of the pandemic. I already mentioned this in the last letter, that the effects in the world of online marketing and advertising were being devastating. 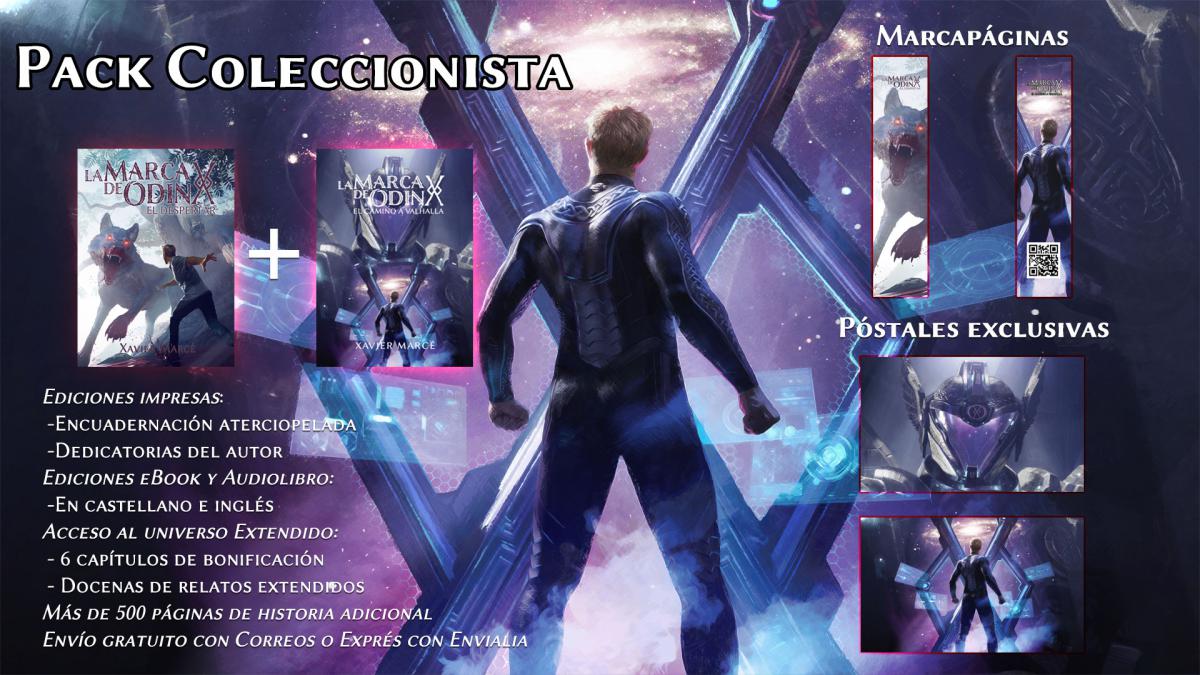 That is why I want to do everything possible so that we can turn the situation around and Book’s Day is a great opportunity to do so. Thus, this year we are going to celebrate not only the day, but the Book’s Month. During most of the month of April (you will know the exact details next week) we will offer the exclusive editions of our store with a 10% discount. Last year, despite only having physical sales enabled for a few days in April, we managed to end a great campaign. This time I hope we can far exceed what we achieved then.

As soon as I have the fourth edition of The Awakening ready, my priority will be to finish preparing to begin, in April, the production of the final manuscript of Mark of Odin: Ragnarok, the third book in the saga. I have proposed myself to try by all means that you can have the book in your hands before the end of 2021. And if the Great Father favors it, it will be!

During these weeks I have been thinking about the launch of Ragnarok a lot. For Road to Valhalla, you will remember that we prepared a crowdfunding campaign. And although it was ambitious and many of you supported it, it fell far short of expectations. Designing and launching it was very complex too, especially in the technical side of things.

That is why for Ragnarok I have made the decision not to repeat that system and to try a new one: An early pre-order campaign. My idea is that once I have finalized the final manuscript and we enter the editing phase, launch this special campaign.

What will it mean to pre-order the book?

With this system you can pre-order / purchase the book directly in advance at a reduced price for a limited time. Not only that, your name will be included in the acknowledgments. You will have an edition that will be exclusive for those who reserve the book. Not only from Ragnarok, but those who acquire it along with the first two of the saga, their editions will also be exclusive, indicating that they are from the campaign to publish Ragnarok.

The idea is that, if we manage to reach different collection milestones, we will offer free extras to all of you who have made the pre-orders. For example, include an exclusive printed edition of the contents of Odinpedia, in full color, or of the bonus chapters. Not only that, but also include the production of the audiobook, new illustrations and transmedia content, reactivate the development of the Odinpedia app, etc.

You will set the limits. The more support we have, the more things we can offer you within the pre-order campaign. Once this is over, the book will no longer be available for purchase until its launch day. And it would already be at its normal price and without including the exclusive extras of the pre-order campaign.

As part of my commitment to what I just told you, I want to share my current roadmap so that you can have a rough idea of ​​when to expect each thing. Keep in mind that these are my forecasts, but they may vary if things happen beyond my control. Writing is not a process that can be forced, but in principle I have spent the rest of the year in my main work to be able to focus on Mark of Odin.

As I said, these are approximate dates based on my current expectations. In parallel, I hope to prepare a new reissue of Road to Valhalla, as well and I have yet to continue with the production of the audiobooks in Spanish of the saga.

My intention is to prioritize Ragnarok, so if I have to delay the audiobooks, I will. I'd rather do it with them than with the third book. Of course, if our early pre-order campaign were very successful, we could devote resources to speeding up its production. And it is that, although I try to multiply myself, I am only one person, and I cannot reach everything. Each audiobook, apart from the production of voices, involves many hours of work in editing and post-production.

As for extended content, there may be a hiatus in the coming months to be able to dedicate myself exclusively to Ragnarok. Last week I shared the story of the Deniers of #DesastreSevilla. If all goes well, in April I will share the one that will introduce the character of Åsa, alter ego of the incredible singer Milena Brody. We have been preparing her collaboration for Ragnarok for a long time, with a very cool song (More than a light). Her introductory story will be in the form of a Noticias Directo WebTV television program. We are also working to include an external collaboration from a new artist, with the idea of ​​offering an illustration somewhat different from what has been done so far.

As always, I encourage you to join our Discord community and continue sharing your impressions of the books, not only in the Opinions section, but also on external platforms such as Amazon, Google Play, Apple, Kobo, Lektu or Goodreads. Having a good evaluation and opinions there helps us a lot to attract new readers. I ask you please to recommend the saga during the month of April, so that your friends can take advantage of the discount that we will have active.

To finish, I want to send a lot of energy to all of you to overcome these times that we have had to live. And although things look bad, the horizon is promising and full of possibilities. Every time I see closer to being able to share the third book with all of you. And if we succeed, we will have achieved an impossible at a time when no one would have ever expected it. Let's go for it Valkyries and Einherjars!