Dear #MarkedbyOdin, comes one of the most awaited letters for all of you, and for me, why fool us, in recent years ... Yes, I will say it directly ... YATTA! The final draft of Mark of Odin: Ragnarok has been completed! 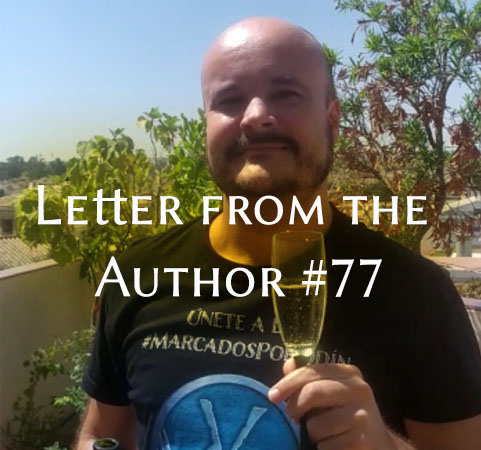 Yes, you read correctly. In two and a half months I have been able to achieve a feat that I still cannot believe. In the end, 657 pages and almost 240,000 words came out, which will make Ragnarok the longest book I have ever written. And the one that I have written in less time. I'm not going to lie to you, it hasn't been easy. It has been a sacrifice that will take its toll on me for a long time, but… It was doing it like that, or not being able to guarantee that the book would come out this year as I wanted. 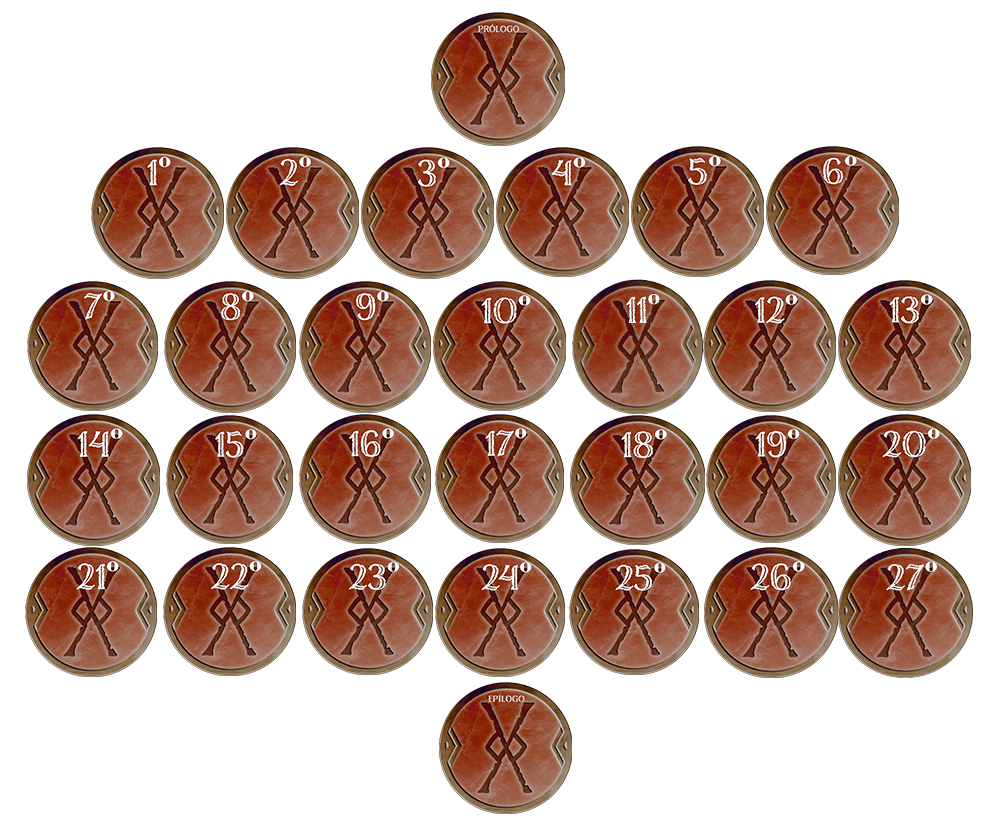 The truth is that right now I have a very crazy mix of feelings. I am amazed, excited, weird, but also horribly exhausted. It is something difficult to describe, but it is really incredible to have overcome this challenge that he had set for me. Especially because I have done it in a very difficult personal moment and with many handicaps against it.

As I already mentioned, the review process has gone in parallel as I was writing to go ahead with the task. But we will need more time to continue correcting errors and to give the last brushstrokes to the story. And, although my review group is doing great, most of them have been unable to keep up with me. What I can tell you is that those who have already been able to reach the end… To the epilogue… They have given me very unbeatable feedback. I myself am very proud of the final result and of how I have managed to capture everything that I had begun to visualize more than 15 years ago.

For all this, I wanted to toast all of you and Ragnarok, as you can see in this video that I shared yesterday.

And don't miss the fake shot we shared on Tiktok (Follow us!).

This opportunity will allow me to get more feedback on the beginning of the book, as well as give you an incentive to thank you for your support. This Beta will be limited only to our readers registered with the first two books and who are part of our Discord community (let's see if you join in that way more, I miss you).

For this we have prepared a registration form, for you to sign up and from all of us we will select a group of lucky #MarkedbyOdin who will be able to participate in this event.

You can do it right now at this link or directly from the form below.

As I said, we are now fully into the review process. But also, in editing and layout. The first thing will be to prepare a first layout to print a first test sample of what will be the final book. The idea is to be able to have this issue in September, thanks to our friends at Printcolor.

In parallel I hope that Michael Komarck can have the cover illustration ready. There is still no final idea on what it will look like, as there are several possibilities. The truth is, this is going to be one of the most difficult decisions that I will have to make ... And there are so many brutal images that I have in my head that...! 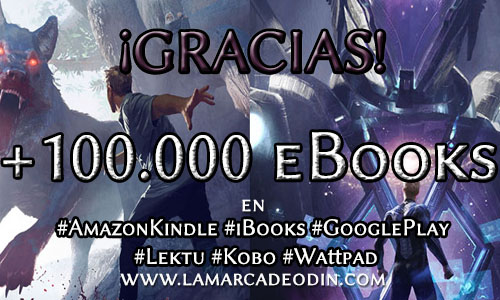 Then, the other big priority is to be able to have all the technical aspects ready for the early booking campaign. We want to improve / change the server where we have everything hosted, as well as update the website and prepare everything necessary to make it work as I want. This includes integrating the payment with Bizum into our BBVA POS.

It will depend on the above that we can launch the early preorder campaign sooner or later. My idea remains to be able to have it active throughout the month of October, in order to have the entire month of November to finalize all the logistics for printing, preparing packages and shipments. In any case, my idea is that everyone can have the books before Christmas.

Keep in mind that if the campaign is successful, hopefully we will not only send you Ragnarok, but also the printed editions of the bonus chapters published so far and the Odinpedia stories, as well as t-shirts. But of course, all this will depend on you. If only registered readers dare to face the battle of the end of time ... We can offer you all that. And if we manage to attract new #MarkedbyOdín… We could do much more. I'm going to need you all like never before!

More than one light

Well, another of the great joys of this month of August has been that Milena Brody has managed to successfully complete the crowdfunding campaign for her first album in Verkami. And she has done it with the contributions of several #MarkedbyOdin. Thank you! I can tell you that I have already been able to listen to the demo of Mas de una luz and that I love it. In September the final version will be recorded and produced in Barcelona. 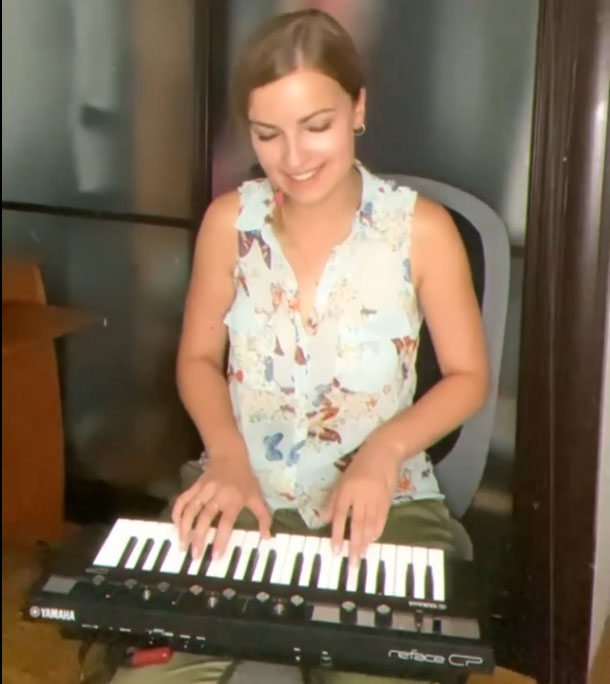 Soon we will be able to share it with all the #MarkedbyOdín. Meanwhile, do not miss the song that Milena Brody has composed and sung to thank all the patrons.

And if all this wasn't enough

One of the reasons I've pushed myself so hard to finish the book at this rate has been because my exclusive time frame for the series was running out. In October we are going to launch a new game with Megapop, I already told you about it. Rob Riches, an Indiana Jones puzzle adventure game. So, it's my turn to get into it, as we launched on Steam in October and on mobile devices in November. So, I will have to manage everything about the launch of Ragnarok with him. We'll see if I survive! But who said fear? 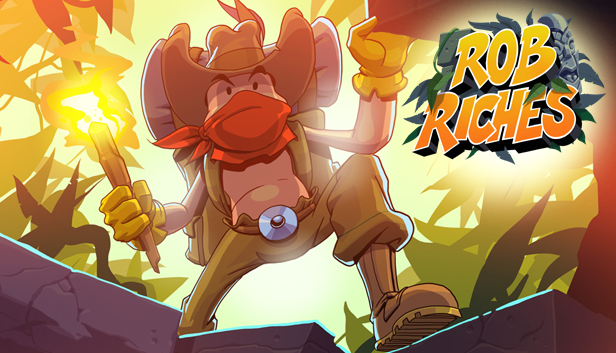 I encourage you to add Rob Riches to your wishlist on Steam.

We are saying goodbye to the summer

Well, I hope most of you were able to enjoy the summer break. I could hardly smell it, but hey, let's see if I can get my batteries together and force myself to take a break before all the new maelstrom that begins in September. What if I don't take care of myself, in the end I will be the one who does not survive Ragnarok!

As always, I encourage you to join our Discord community and continue sharing your impressions of the books, not only in the Opinions section, but also on external platforms such as Amazon, Google Play, Apple, Kobo, Lektu or Goodreads. Having a good evaluation and opinions there helps us a lot to attract new readers. Each new reader will help us make the Ragnarok early bird campaign the success we need. Thank you very much # MarcadosporOdín for your support.