Letter from the Author #83: Ragnarok DLC's and a New Book

Dear #MarkedbyOdin, the last time I wrote to you was to celebrate the tenth anniversary of the saga. Summer has passed and we are in September and you may think that nothing has happened. But yes it has! So this letter is loaded with news and very important ones: Ragnarok bonus chapters, a preview of the visual revamp of the characters in the saga and… The next publication of my first stand-alone Mark of Odin novel! Let's go by parts!

Let's start with what interests you the most. In these previous days we have been giving some advances that I was going to finally reveal the Ragnarok bonus chapters. Alright, the day has finally come. Today you will be able to know their titles and a brief synopsis so that you can get an idea of what they will be.

Without further ado, these will be the three bonus chapters that you can enjoy after finishing reading Ragnarok. 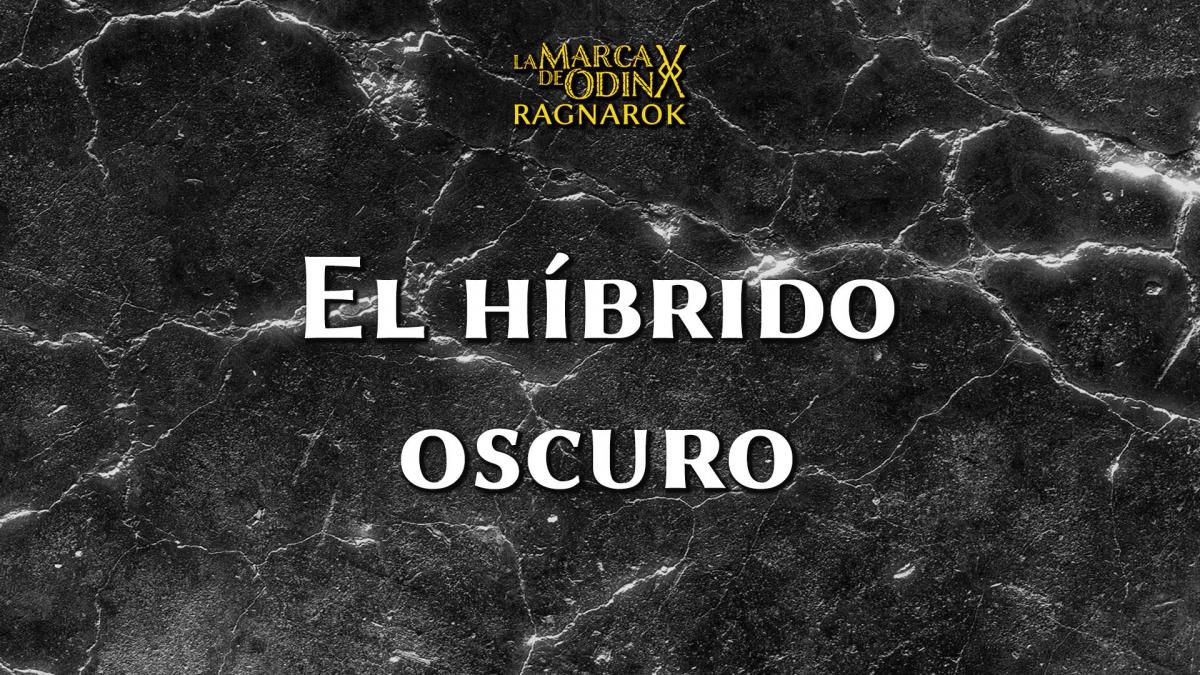 “Throughout the first three Mark of Odin books there has been a shadow cast by a disturbing character. Find out now what his story is and how he became the hybrid destined to change everything. ” 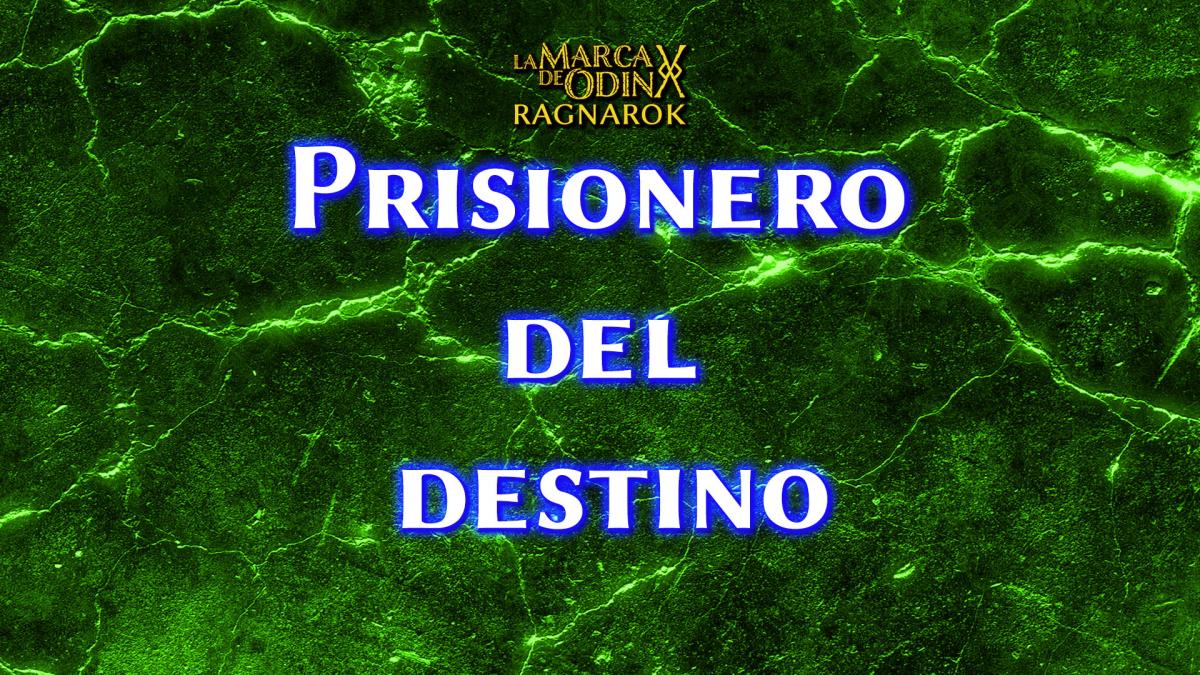 “After the events of Ragnarok, there are many open wounds, both on Earth and in the Federation. Closing them and bringing postures closer will not be easy for two such different civilizations. Although it will be more difficult for Tristán to assume the consequences of his actions and the fate that he has had to live. 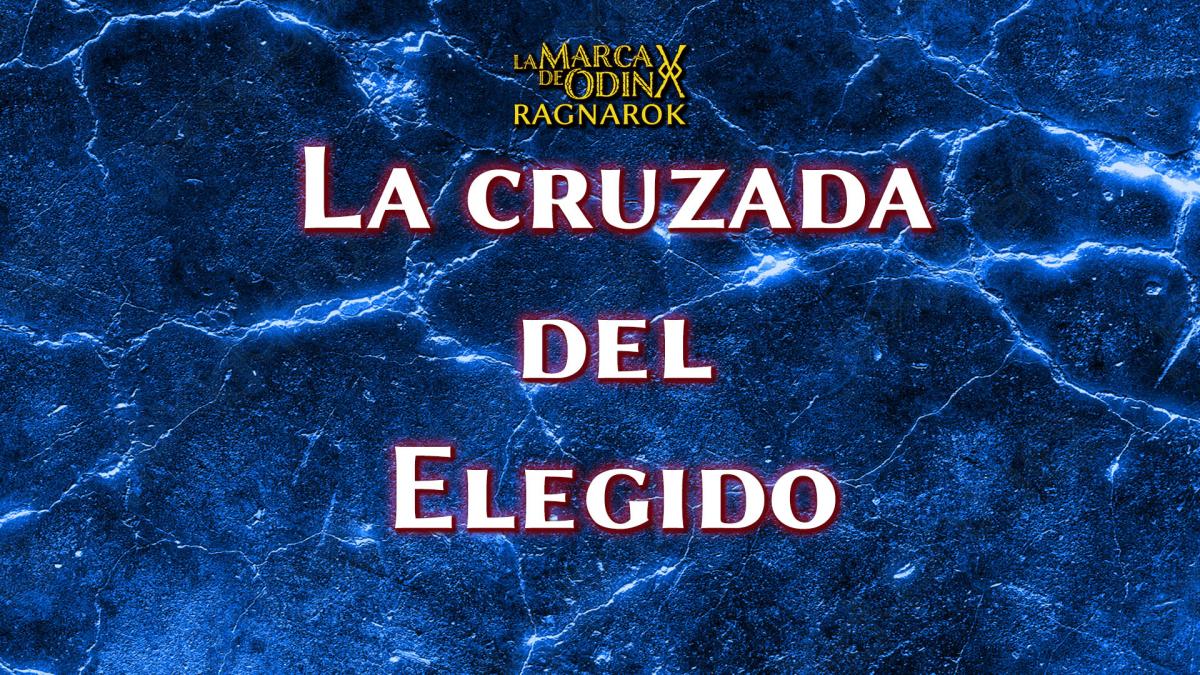 “For everyone, Ragnarok, the battle of the end of times has already taken place. It is the beginning of a new era full of hope and prosperity. For everyone, except for Luis. Continuous visions of darkness and destruction torment him, forcing him to undertake a crusade to find the answers that will show him if they are true or not.

My commitment is that the first bonus chapter you can read it before the end of this year. While the other two I hope they will arrive throughout 2023. Everything will depend on how our growth evolves and the time I can continue to dedicate to the saga.

Another of the things that are pending and that I know you are waiting for are the extended stories of Volume 3 of the Odinpedia. As I told you beforehand, I hope to be able to start publishing them periodically once the production of the new book project is complete (You can find the details below, I don't want to give any spoilers).

As in the previous volumes, these stories will help to better understand the events that take place between Ragnarok and what will be the fourth book in the saga, in which the story will reach its final conclusion.

For this Volume 3 I am preparing a comprehensive visual improvement of the illustrations that will accompany each story. Mainly, in relation to the characters. A few weeks ago I already showed a first look, using Tristan's character as a reference. Showing both his first illustration, which was cartoon style, and the second, more realistic. With Volume 3 you can expect a photorealistic style.

The idea is to use this style, as much as possible, with the rest of the characters. Not only that, for other types of content, I'm going to look at working with different concept arts using advanced technologies. This system is the one I have found to be most feasible with the current resources I have. I dream of being able to do many more things, but at the moment, it is not possible.

This month I hope to be able to test new tools to try to reach new readers to join this community. As I have already mentioned, it is increasingly difficult to reach people. Although we have already exceeded 120,000 readers of the saga in total, between our sales and those of external platforms, it is still not enough. We do not have critical mass to be able to grow organically at a sustainable rate. 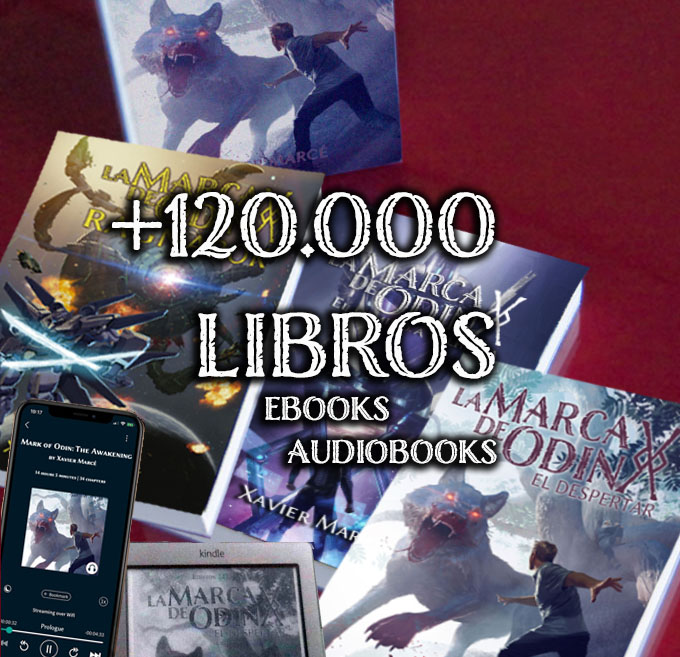 You already know that you are our main supporters, so your recommendations are essential. Soon we will focus on the Christmas campaign and we hope to be the favorite gift this year again.

The first independent novel aside Mark of Odin

Here comes my big surprise, unbelievably I am going to publish my first independent novel of the saga this year. It is the first product of my adventures and misadventures in Vietnam. And while it doesn't take place in the Mark of Odin universe, it does share elements that the #MarkedforOdin will enjoy discovering.

For now, I'm keeping its title a secret, but don't worry, I'll reveal it very soon.

Below is an updated description.

“After a failed operation, the CNI intelligence officer, Carla Romero, is relegated to ostracism in La Casa. Everything will change when she accidentally discovers that the story that she had always been told about the death of her grandfather is not true. Obsessed with finding out the truth about him, Carla will embark on a journey of investigation that will end up taking her to Vietnam. There she will not only find the answers she seeks, but also unexpected allies, get to know herself and her past better, as well as face a dark hand that will do everything to prevent her from reaching the truth.

Get ready to enter a fictional thriller in which investigation and action prevail, which will take you from Spain to Vietnam. With a beginning inspired by historical facts, this novel touches on burning issues of today's society with much criticism, while showing the culture of Vietnam and some of its most emblematic locations.

As of today, I am happy to say that the final draft is almost complete. I can tell you that, for now, the feedback received by the review group is very positive. Yes, despite being a story that has nothing to do with Mark of Odin and having been produced in record time. But in it I have managed to concentrate my experiences in Vietnam together with an elaborate documentation process here in Spain.

That is why I want to offer you the opportunity to be the first to read its beginning. So, as I did with Ragnarok, I have prepared a Beta so that the #MarkedbyOdin you want, can read the prologue and the first two chapters for free. I would love to receive your feedback and so you can have a contact to see if you could be interested.

You can register using this form.

As I said, I intend to release this new standalone novel this year. So, just like with Ragnarok, I'm launching an early bird campaign on the Mark of Odin website. In it I will offer you the opportunity to get an exclusive collector's edition numbered and personalized with your names. I'm still studying what additional extras I could include, but I'll give you details later.

My idea is to be able to launch it in October and depending on its acceptance, consider maintaining its sale after the launch in our store. If not, the option will be to sell it exclusively on external platforms, both on paper and as an ebook and audiobook.

I know this is not a Mark of Odin story novel, despite its common elements, but it is very important to me that it will be well received. Its success will allow me to continue producing the new content of Mark of Odin and prepare myself to face the production of the fourth book in the saga.

This year 2022 has been crazy in which my plans have ended up changing radically. You know what is said, the strategies last so long until the battle begins. In my case, my forecasts of what my life would be like in the second half of 2022 have completely changed. That has been one of the reasons for forcing the production of this novel. Even so, I am very satisfied with the story I have put together. I am convinced that both my #MarcadosporOdín readers, as well as many other thriller lovers, will love it.

Together will beat this 2022

As you can see, I am not standing still and I have enrolled in the production of a new book, as well as preparing a lot of content so that you can continue enjoying the saga after the emotional end of Ragnarok. I am counting on you so that we can continue to grow and overcome barriers and records.

As always, I encourage you to join our Discord community, the Telegram channel and also add us to your contact list on WhatsApp (Say hello to us at +34 671 48 96 90) and continue sharing your impressions of the books. . Not only in the Reviews section, but also on external platforms such as Amazon, Google Play, Apple, Kobo, Lektu or Goodreads. Having a good rating and opinions there helps us a lot to attract new readers.