Behind Mark of Odin #06: Interview to Manuel Rico 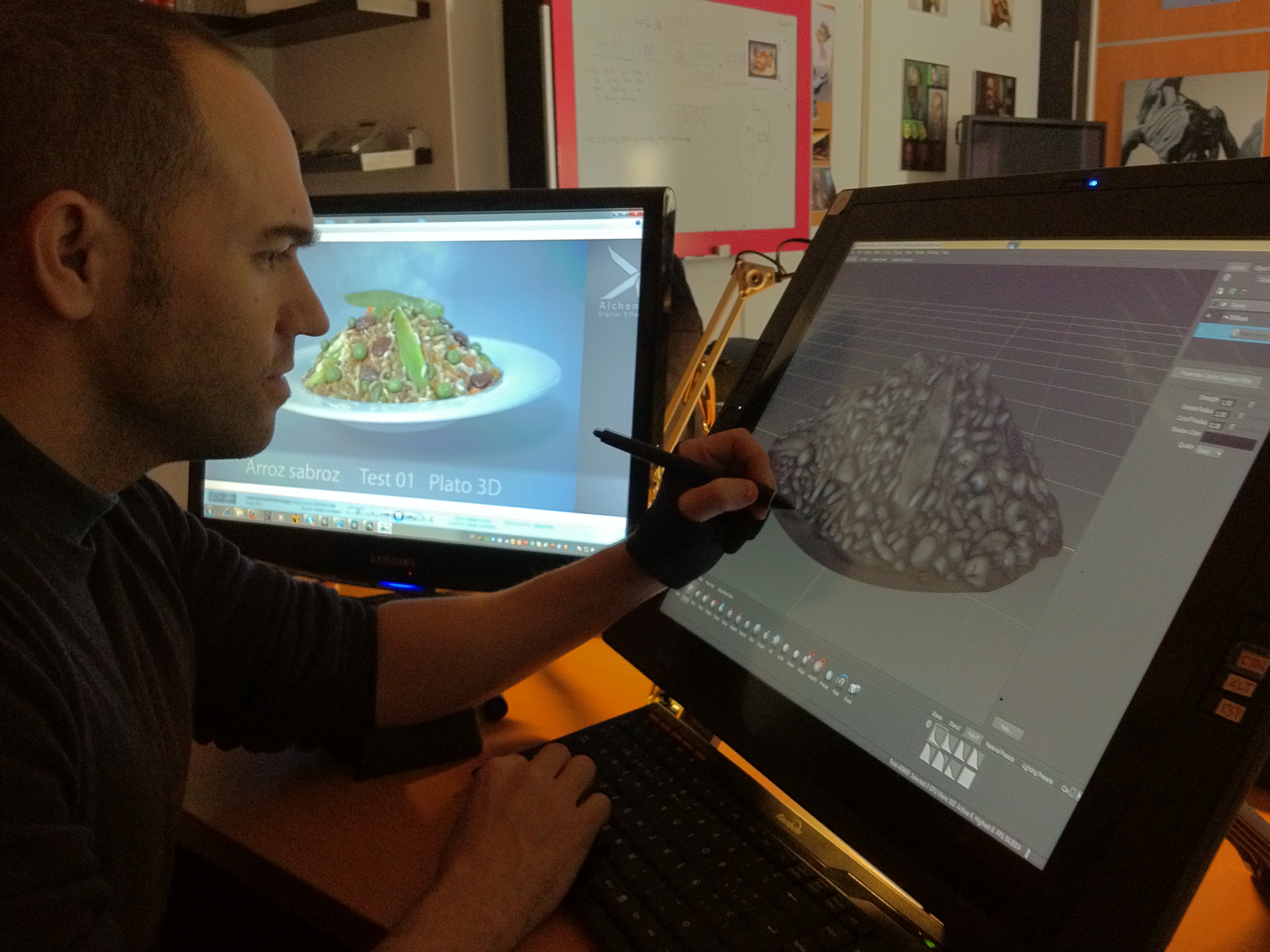 In this new issue of ‘Behind Mark of Odin’ we talk with Manuel Rico, responsible of the visual effects and edition of our promotional video #DesastreSevilla. In this interview you will meet him, hs background and how he created this spectacular video. This interview was first posted in Spanish back in January 2013.

1.- Hello Rico, Can you tell us about you? Who is Manuel Rico and what is his job?

Hi, I'm just a dreamer like Xavier Marcé, following an objective since long time ago. Since 16 years ago I have been focused in digital images, specialized in visual effects for movies. Here you can see some of my works:

I started working on videogames, then TV and finally I surrender my soul to movies. I founded two VFX companies in Seville: Mindfx digital S.L and Alchemy VFX S.L. But once I had to admit that it was hard to work in my dream in my country I was offered to work in the UK, first on Pixomondo, where I worked in movies like Star Trek into Darkness and Oblivion, and later with MPC with Marvel's Guardians of the Galaxy. Indeed, now I'm working in a super Hollywood production from Disney but I can't tell yet which title is ;) (Note from editor: was Disney’s Jungle's Book)

You can see more from my works in my site www.manuelricofreire.com

2.- How where you involved with the Mark of Odin project? What make you take the decision of managing all the visual effects for #DisasterSeville?

It took my attention. I was surprised. For me was really original Xavier's idea of using visual effects for the release of a book. I had never seen something like that. The idea was direct and with a great potential impact. The production, despite all the typical issues, made me involve 100% with the objective to create the best visual effects for the project.

3.- Everyone is impressed with the visual effects quality level, even its realism caused some controversy in Spanish Media News. Can you explain us which process did you follow since the moment you started until you produced the final version of the video?

At the begining we planned the scenes with a very schematic view using storyboards (did by the great Manu Nieto), trying to find the right balance between the CGI effects production times and the composite plans. 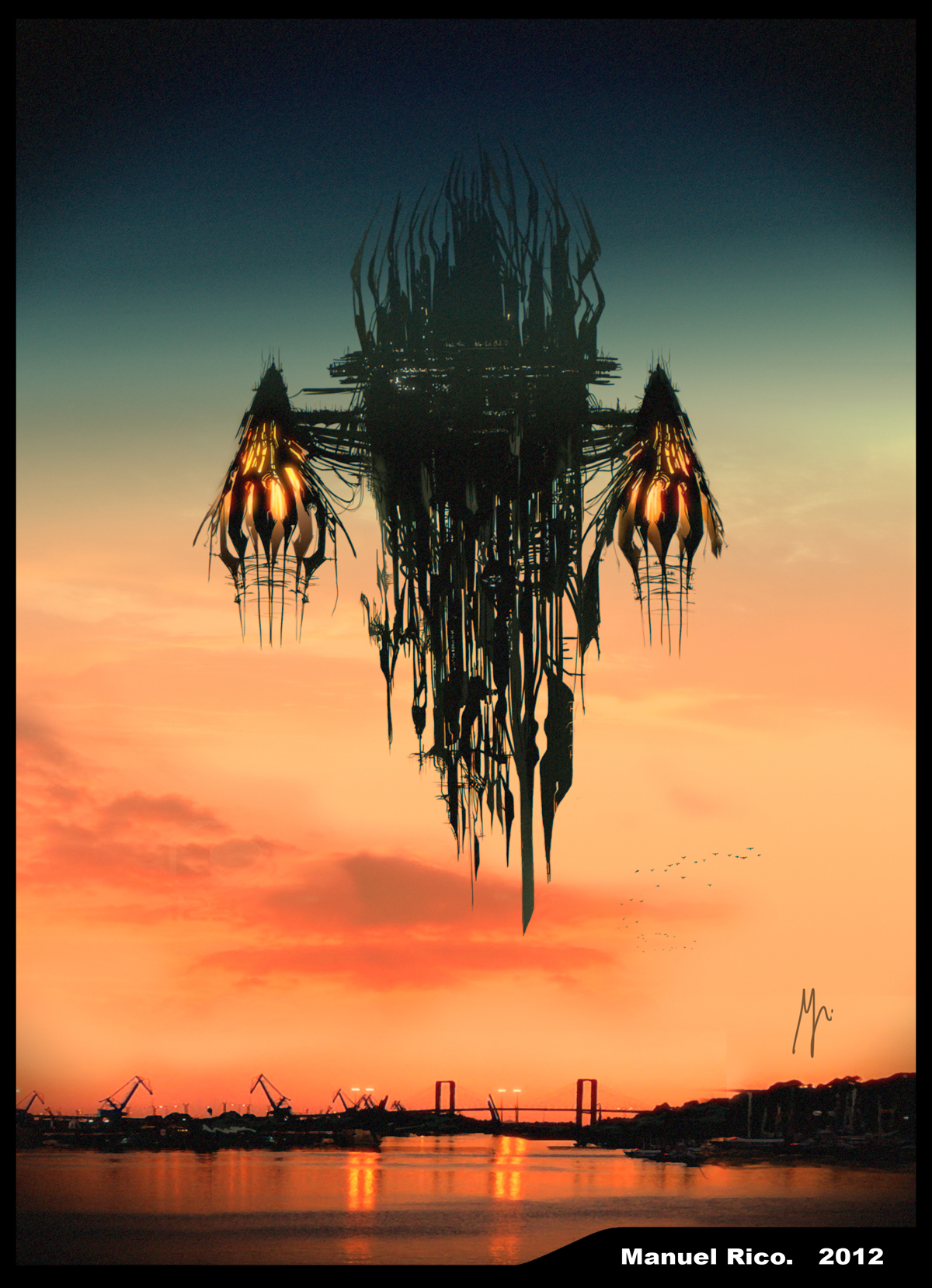 Once we recorded all, we had to delete many parts, as we had to edit the brute video many times to deal with some recording issues. Manu had to edit all the records and finally we used 5 differnt cuts but you can't see really appreciate them.

So we finally divided all the plans in two parts:

Once done, I supervised everything, as the recording was done from different localizations in the same bridge. To find the right final look of the alien ship I did some concepts (as you can see above) but finally we decided a more sober and less dark design as you can see in the next image. 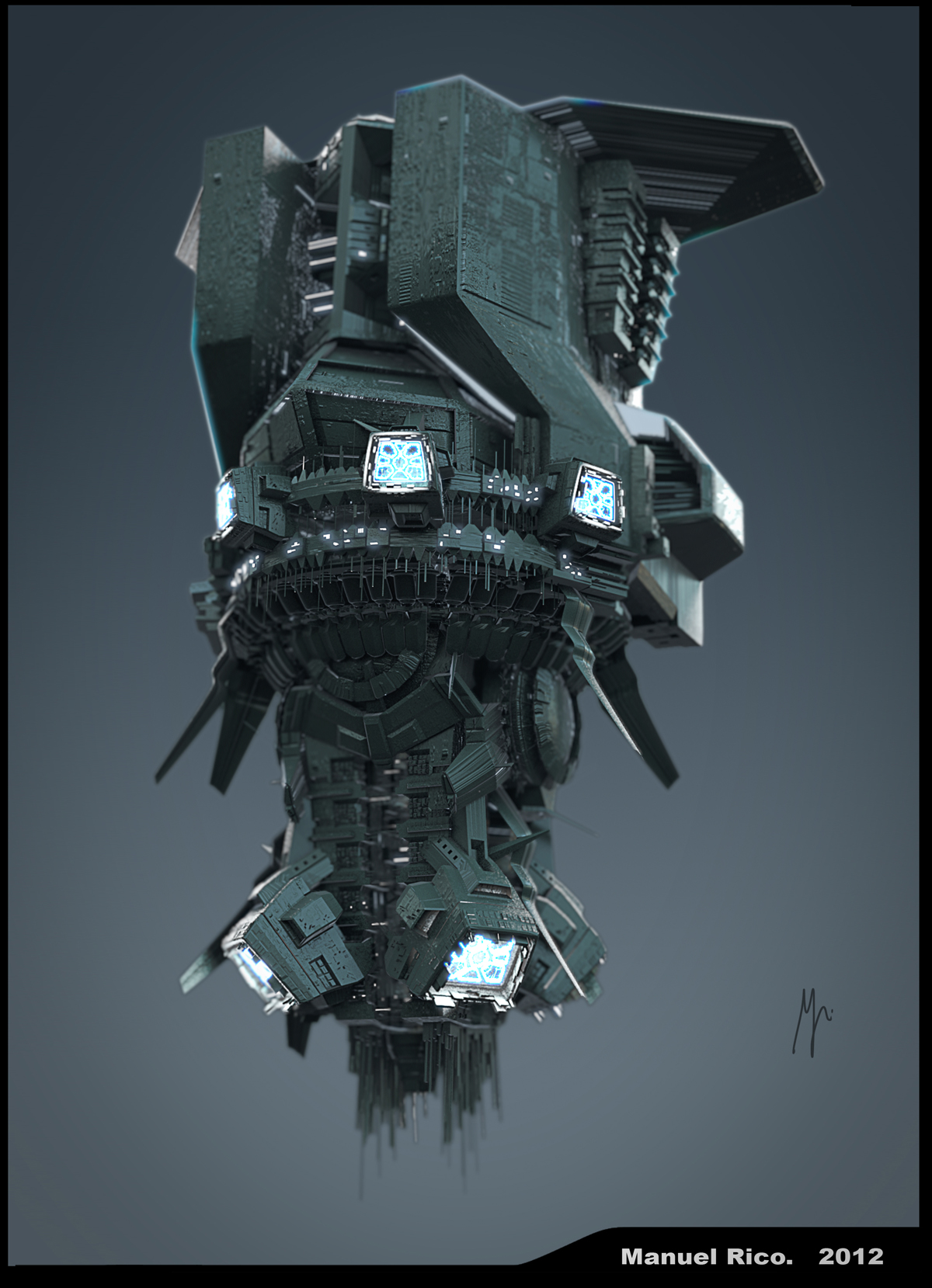 The most complex part? Get everything ready on time, as render times take too long!

4.- Have you read Mark of Odin: The Awakening? What do you think?

The book is impressive! I recommend it 100%! What its true is that when you finish it you really want more of that universe made by Xavier and from the extended content on the online site. One of the strong points for me is how links my city to what happens in the story, merging a realistic world with fiction. That helps you to improve your immersion in the book.

5.- Can you tell us how do you think the saga will evolve? Do you imagine that new videos, or even movies, can be done inspired in Mark of Odin?

To tell you the truth I have no clue how everything will evolve. It’s a mystery for all of us and we will have to be patient and wait!

About creating more audiovisual content, it’s clear that the story has many things that can be used, and new surprise will arise probably. Xavier's head is never sleeping! If you think about it, one of the main current issues with movies is the lack of new good stories and plots, and of course, Mark of Odin has a great content to inspire movies. It’s just a matter of time, don't you think?