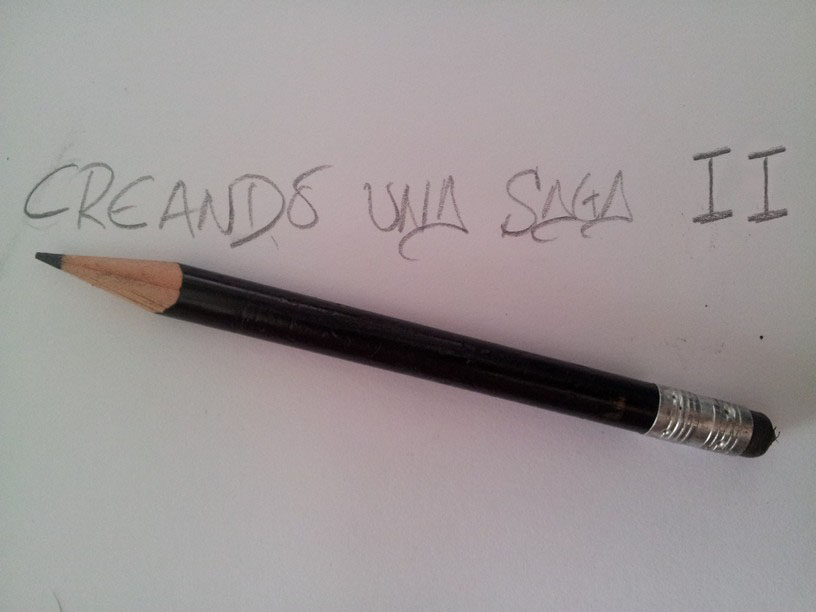 Today I want to share with you the second chapter of my ‘Creating a Saga’ update series. This time I will focus on characters as the central figures of the story.

If in my last article about this I talked about how the idea was born, from a vision I had, soon I realized that the story should be driven by its characters. In a saga like this, where more than a story focused in a single protagonist, we find a choral story where some characters are more important than others, but all of them have their relevance.

With that said, we have some main characters, in the first book case we could focus on Jack Preston and Luis. Each of them have a core role to develop from where the story is created around them. When you will read the book you will realize that it’s starting from them that the rest of characters will be presented, and it’s with their interactions that the story will evolve.

Which one is the main challenge when facing a choral story like this? Well, having so many characters it’s easy to get lost, especially me. That’s the reason that before introducing them in my sketch I prepared different profiles and schemes. In this part I recall about having to create all the universe first, all the main characters, the secondary ones, “guest” ones and others that never appear in the main story in order to have a global organization. A map that I could use to guide myself and don’t get lost never.

So what I did first was to create different characters schemes based on each of the main characters. For one side, Luis, for the other Jack Preston. And for the other… Well that’s still soon to share with you! When I did these schemes I still haven’t knew if all of them would appear in the story for the final sketch. But for my mental health was a must have. 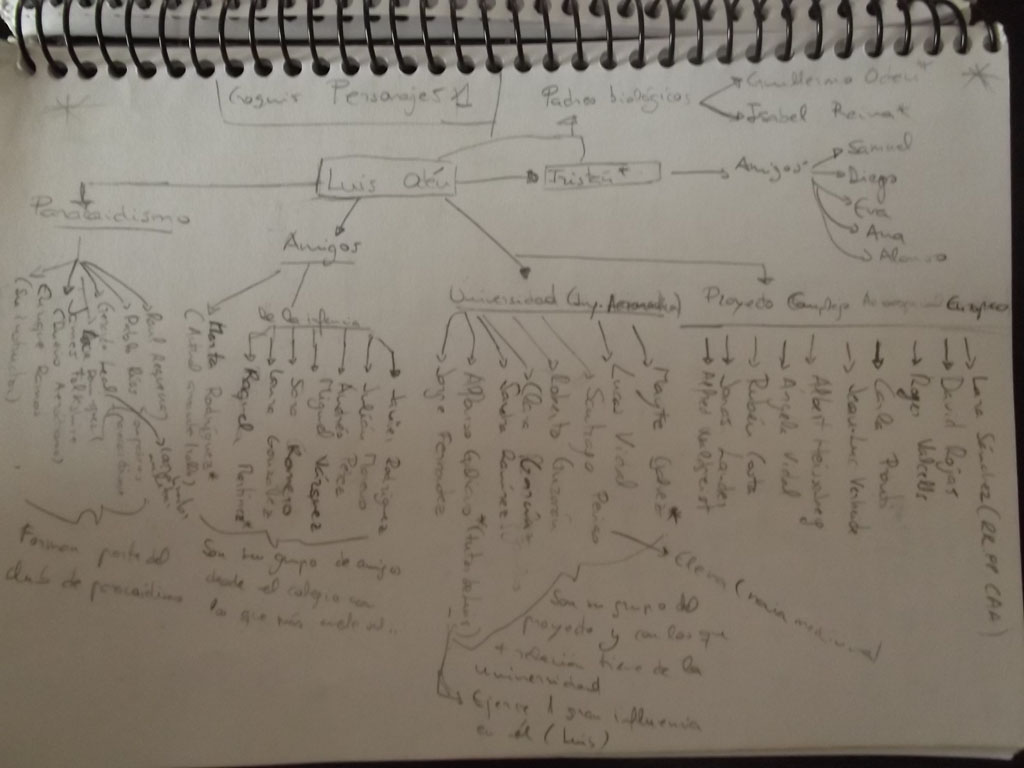 Next step was create individual profiles for each character. In each of them I added some physical and psychological attributes and a short description of who they were and their motivations. Just imagine that when I started I counted more than 150 different characters. Moreover, with the pass of time ideas evolve, for not talking about the names. For example, during many years the character of Eva was called Mayte and Derek Chapman was initially called Frank. Without a clear organization file for all characters the final sketch would have been a mess of issues.

Obviously, I knew that my readers could get lost with so many characters. That was one of the reasons I decided to include a character glossary at the end of the book. Apart of this, the main and secondary characters have extended descriptions and short stories based on them in our Odinpedia so you can know them better apart of what you will see in the book.

On the other hand, when you try to bring to life a character many are the details that I take into consideration. I use my own experiences, the ones from the people I know, from relevant people that have influenced me, etc. Many of the saga’s characters are real ‘Legos’ created from many parts of all of these influences. 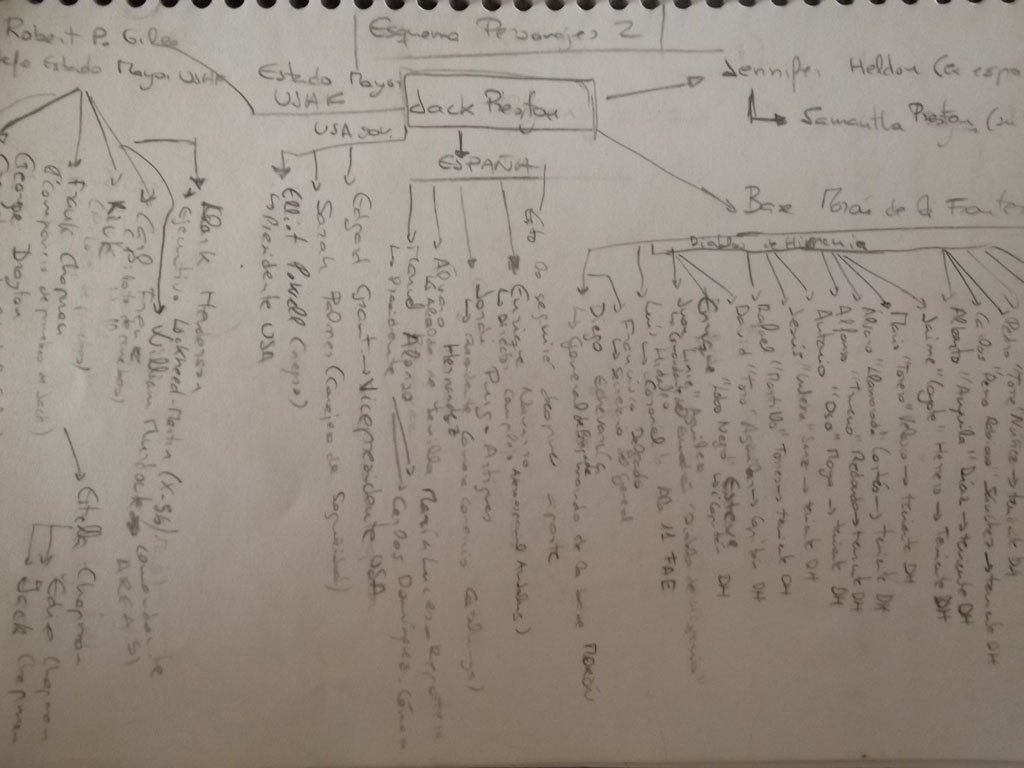 Even some of them are in part to honor people I know or characters that influenced me. While in the first book I can’t go deeper all what I would have loved, you will find out that in the second book you will get to know them in a way you don’t expect.

At last, I must admit that regarding the characters treatment I had a great influence from George R.R. Martin. Both for his Song of Ice and Fire or Dying of the Light novels among others. That last book was probably the first one where he started to show his particular style with characters. In that way I agree with him that all characters, without exceptions, must enrich the story, either living or dying.

No epic story could be defined like that if its characters didn’t took real risk and the author wasn’t consequent with that. Hey, saying that I’m not trying to say that a character has to be killed without reason. What I mean is that a character’s death has to have a meaning, just not be free. Sometimes, the reader will have to go deeper in the story to find that meaning and analyze the facts.

At the end, the story told in Mark of Odin’s saga are full of drama, action and desperate epic fight to secure humanity survival. And all characters will be a living example of that of course.