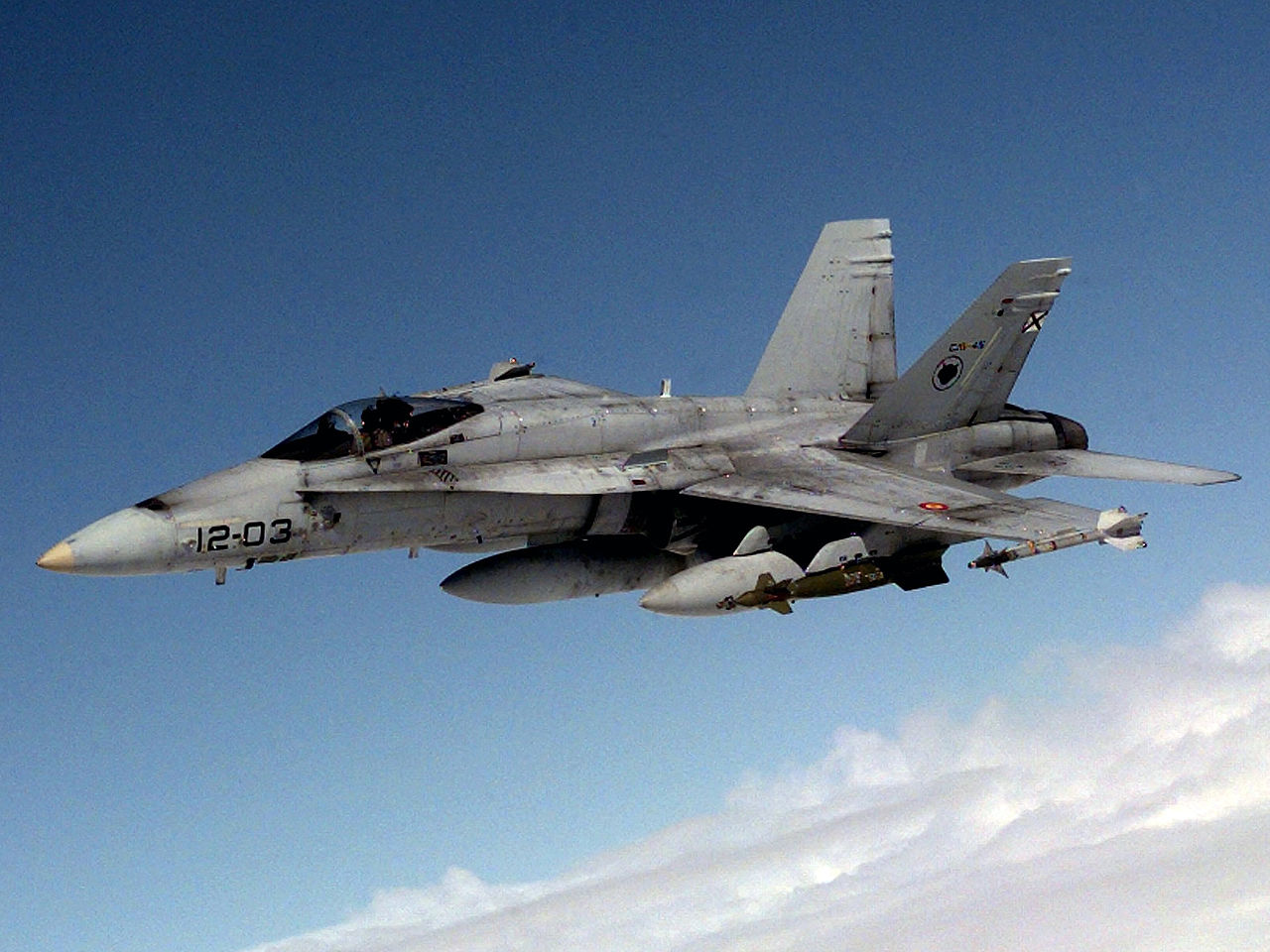 The F/A-18 Super Hornet is the advanced and evolved version of the classic F/A-18 Hornet, a multipurpose fighter developed in the United States that has been the cornerstone of not only its air forces but also for many other countries, including Spain.

It is a fighter plane that combines fighter and bomber characteristics to attack both aerial and ground targets. That's where his designation F/A comes from, "F" from fighter and "A" from attack. Its great versatility allows it to be deployed from anywhere, including aircraft carriers, making it one of the most used air combat vehicles in the world. The main missions that he can support include escort hunting, air defense, suppression of enemy air defenses, interdiction, close air support and reconnaissance. 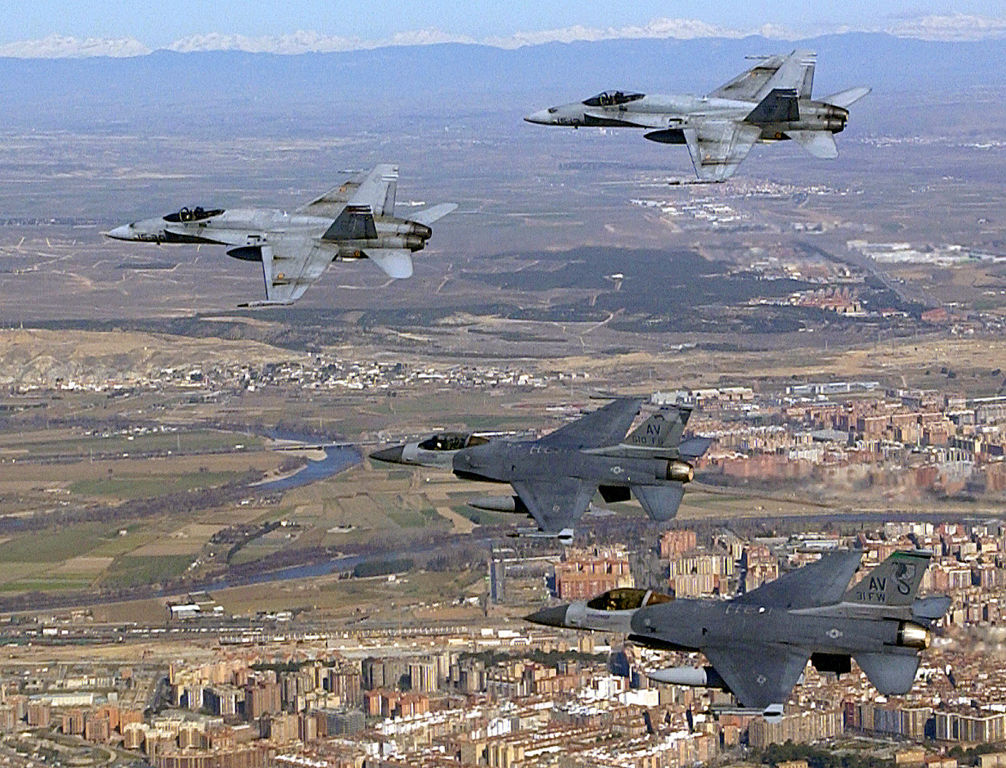 Its history goes back to 1973, when the Congress of the United States asked the Navy to look for a more affordable alternative to the F-14 Tomcat. At first the options that were raised went through a version a little cheaper than the F-14 and the alternative of the F-15 Eagle. Finally it was the YF-16 who won the competition, but the Navy found it difficult for a single-engine aircraft such as the F-16 to be economically adapted to serve on an aircraft carrier.

In the end there was no other option than the prototype YF-17, which was liked by the Navy, and which was asked to develop a vehicle that was suitable to the required needs. That is how the final design of the F/A-18 Hornet finally emerged. Its great success led to the construction of an exportable version, which did not have to operate on aircraft carriers, so it could be more attractive to sell to other countries. 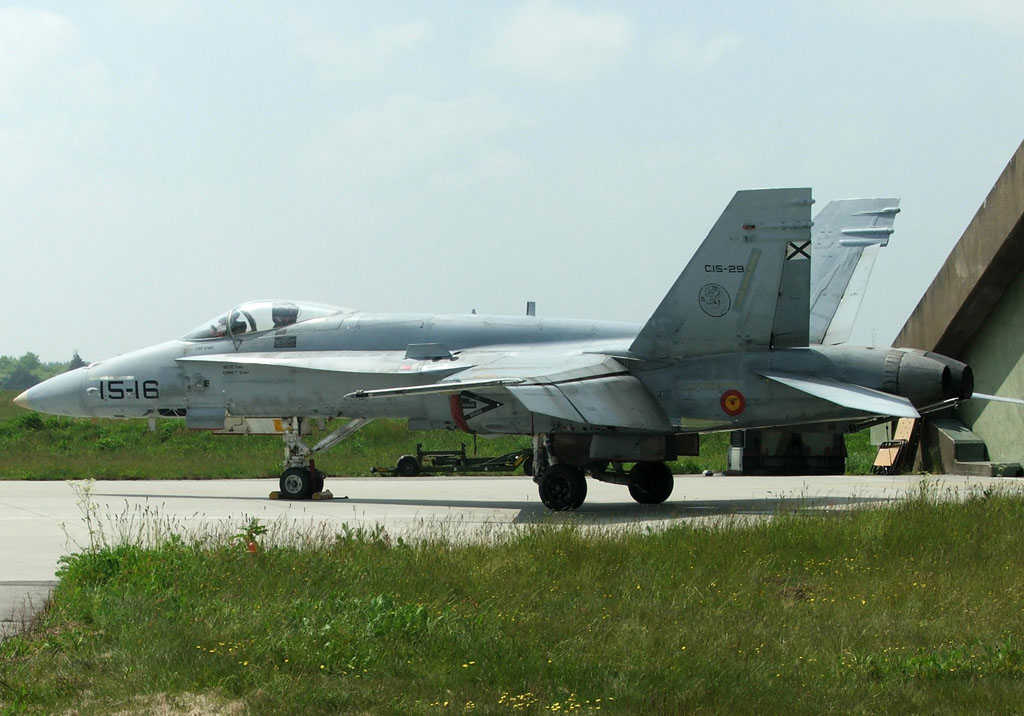 The last variation received is the F/A-18 Super Hornet. Both in the single and two-seater versions, it retains the same design and use concept as the original. The main difference lies in its complete redesign with different changes in its exterior, both in size and capacity. Its fuselage is much wider with a larger wing surface, so it can carry more cargo and internal fuel.

In Spain, the Air Force ordered a total of 96 F/A-18 Hornets divided between ALA 12, based in Torrejón de Ardoz, Madrid, ALA 15, based in Zaragoza, and ALA 46, based in Gando, Palmas de Gran Canaria.

The F/A-18 of the Spanish Air Force is being gradually replaced by the more modern and powerful Eurofighter Typhoon. Even so, it remains the main combat aircraft for several combat squadrons. Both in the peninsula, from the bases of Zaragoza and Torrejón de Ardoz, and in the Canary Islands, where it is the main air combat unit. 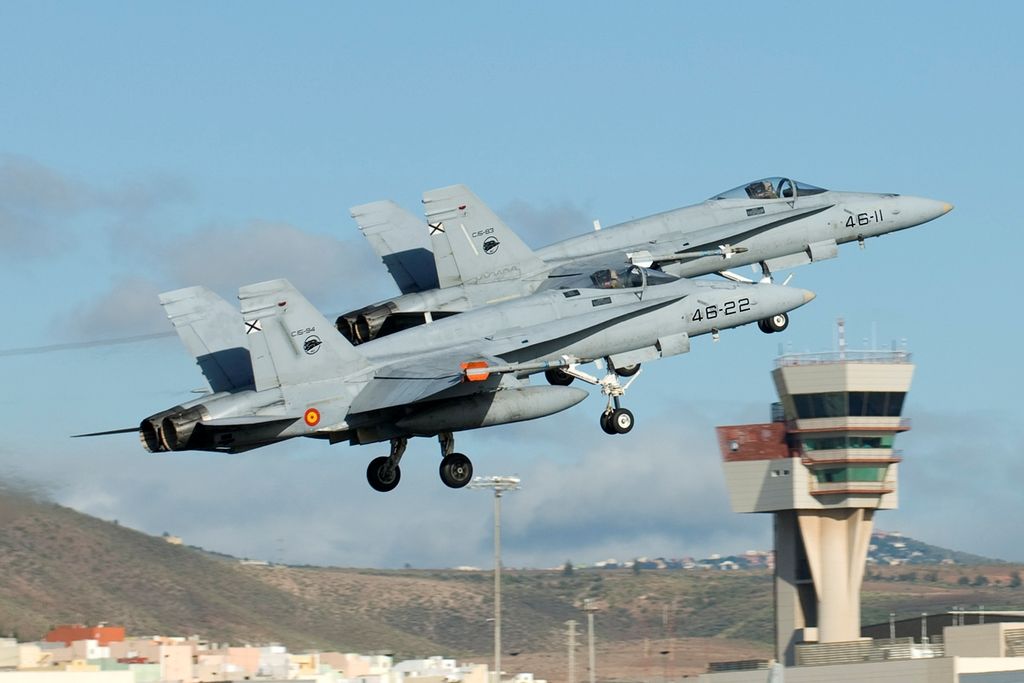 In addition, unlike the Eurofighter Typhoon, the Spanish F / A-18 Hornets have intervened in numerous combat operations in Bosnia, Kosovo, Iraq, Afghanistan and more recently in Libya. In Spain, its main mission is air patrol and quick response, to face any external threat that may arise at any time.