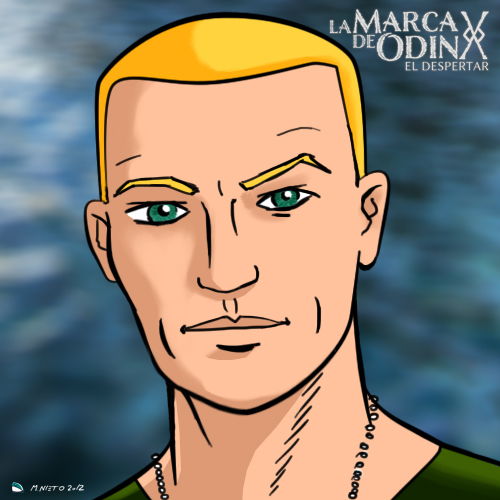 Born in Hudson, Columbia, New York, Lieutenant James Curtis moved to New York with his family when he was ten. They lived in Queen’s district where he had a normal childhood and was able to enjoy his passion for the baseball and the Mets.

When he was a kid James dreamed with becoming a professional baseball player. His aspirations changed with the dead of his older brother, Jason. He died during combat in the first stage of battles in Afghanistan, after the 11-S tragedy. His lost influenced him so he decided to follow his path, but despite joining the Marines Corps, he enlisted in the USAF. His parents, great American patriots supported him and helped him to join the USAF Academy.

There he proof to be one of the best pilots from his promotion. His instructors always said that he had great discipline and an iron will. After being destined to Iraq and Afghanistan, James returned to USA. It was in that moment when he was contacted by Lieutenant Colonel Jack Preston to join in the Phoenix Project testing team. He was told that he had been following his career and he was what he was looking for.

After accepting, James moved to Groom Lake Air Base and joined Preston’s crew. In a matter of time he got used to his new duty and his partners, establishing a great bond with Captain Derek Chapman and Lieutenant Kira Takeda.

As a person he has always been a little bit hash to threat, but everyone that get to know him well state that he is a loyal comrade that always covers your six.

James is an ambitious and combative pilot, who is able to pass any limits. Being part of the Phoenix Project test team is his great chance to proof that he is one of the best and he is willing to give all to achieve it. His main motivation is make feel proud his brother Jason, whom always feel when he is flying, as if he was his invisible wingman.