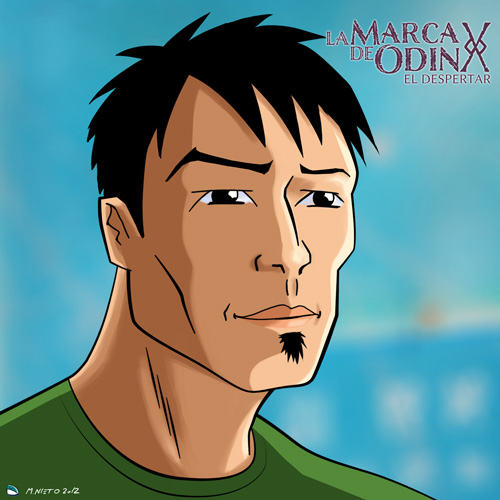 Kira Takeda is without doubt the best promise from the USAF. The first of his promotion at the USAF Academy, he has distinguished himself in all fields to become the best combat fighter pilot in story. From calculations, mathematics, physics, to a peerless piloting skills for any combat plane. To not mention his unborn gift to do impossible maneuvers that has caused more than one trouble to him with his superiors.

His passion to fly started when he was just a child. Since the first time he ever saw a fighter jet flow above his uncle’s home, he felt that his dream and goal for life was flying across the skies, no matter how far away they were.

Despite being raised by his uncles in United States of America, Kira was born in Japan, country that he left after the passing of his parents, after a tragic burn in their home, which he miraculously survived. Loyal to Japanese traditions, Kira has been always a working and introvert kid.

When Lieutenant Colonel Jack Preston approached him to ask him to join his team he found the chance of his life. Be part of the Phoenix Project not only allowed him to fly every day, but to influence in the final design of the prototypes. Anyone from Engineering and testing crews can tell you that either Kira or the Phoenix seems to be crafted one for the other.

Kira feels happiness for the moment he is living. He is conscious that Phoenix Project can get him closer to his more desired dream, fly to the space. But inside him he still feels doubts about his past that trouble him. In fact, being unable to remember the day of the dead of his parents in the burning it’s a great pain for him. He is the last descendant of an ancient lineage, so he feels the weight of all his ancestors over his shoulders.