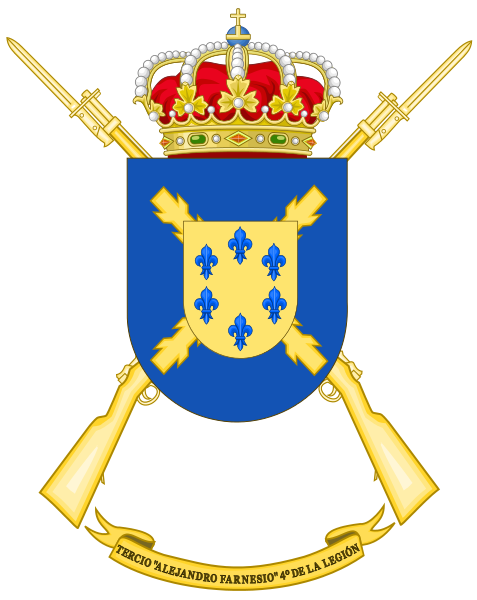 The Spanish Legion, more directly known as 'La Legión', is a military force that was created in 1920 by José Millán-Astray with the original name of 'Tercios de Extranjería'. Is together with the BRIPAC (Light Infantry Parachute Brigade) one of the most reputable elite units in the Spanish Army.

Its origin takes place at a convulsive moment in the history of Spain and was the result of the personal effort of the commander of Infantry José Millán-Astray. At that time the nation had suffered major setbacks in the colonial wars of North Africa, which in turn created great disturbances in the country, such as the Tragic Week in Barcelona. Commander Millán-Astray concluded that Spain needed a body of professional soldiers, not only based on replacement, with a moral and combative spirit that were comparable to the prestigious France’s Foreign Legion. That's how ‘La Legión’ was born.

In its first stage, the Legion intervened in Morocco and in popular uprisings in Asturias in 1934. Later it participated alongside the rebel side in the Spanish Civil War and the war of Ifni-Sahara until the Spanish withdrawal after the Green March. 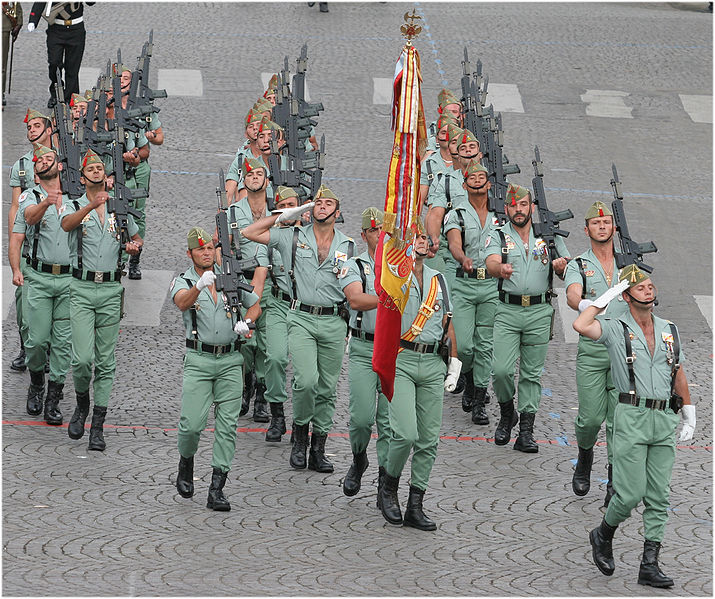 In the 1990s the Legion underwent a profound restructuring to improve its operation and effectiveness in combat. Since then it has become one of the military units of the Spanish Army that has participated in more combat fronts. An example of this has been his involvement in several international peacekeeping missions in different areas of the world such as Bosnia, Albania, Kosovo, Macedonia, Iraq, Afghanistan, Congo and Lebanon.

The Legion is structured in four Thirds:

From its origins, the Legion has always promoted a cult to combat and to downplay the relevance of death. This is intended to minimize the natural fear of dying, to favor the heroic acts necessary to develop their role as professional shock troops. This is achieved in part to the inculcation of his soldiers to the so-called 'legionary mysticism', symbolized in the popular 'Legionary Creed'.

The Legion is currently active in foreign operations in Afghanistan and Lebanon. Due to the social movements of the last decade it does not count with the popularity of the past, but the firmness of its ideology is still intact. 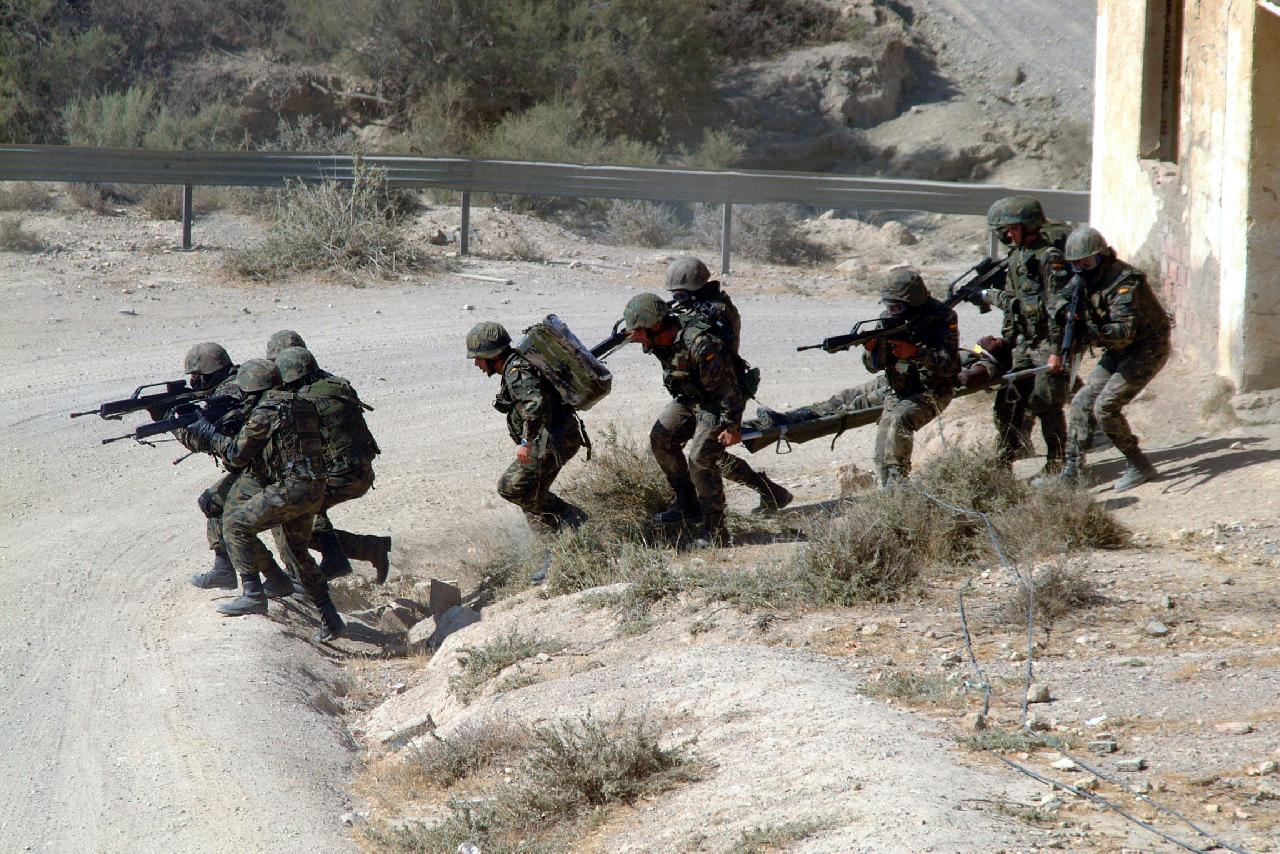 Legionary knights continue to train and prepare to fulfill their mission when their intervention is necessary. Their soldiers have it clear. The day the time comes, regardless of the superiority and strength of the enemy, they will be the first to arrive and shed their blood to defend their country and its citizens.