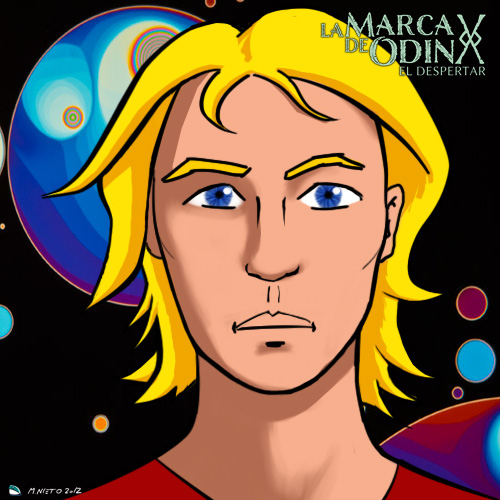 Tristán is the younger brother of Luis and you could say that is a common teenager from Seville. Despite his attractive look, with a long blonde hair and intense blue eyes, he is shy. Since child he has been really closer to Luis, so his absence, after leaving the family home to live alone, it’s making feel him sad.

Unlike his older brother, Tristán has still not showed any interest for studies, he still doesn’t know what he will want to do with his life. The only thing clear for him is his love for music, specially rock one. He dreams to become a great musician someday. That’s not something that has received support from his parents, who want him to follow his brother steps, or well to take the military path of his father.

Neither the sports attract him, despite since the last year he has been using a longboard to go everywhere. Despite being shy, Tristán has a good bunch of friends, from the school and Internet. He tries to have fun with them every time he can.

After passing the summer enjoying with his friends, the beach, and being a camp during all August, Tristán hates to return to the daily routine of listen to his parents arguing about him. Now he starts a new year in the school and he hopes that they will leave him alone to play his guitar and meet his brother. Luis is the only one that truly understands him and that makes him feel better. That’s the reason that he is angry of seeing him so focused with the University, without using all the time with him as he would love.