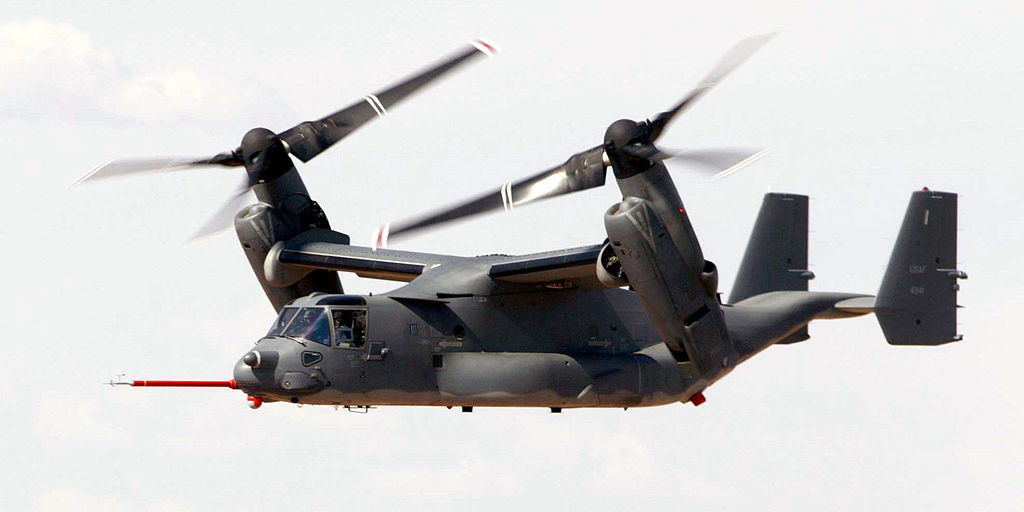 The Osprey V-22 is a multipurpose military aircraft, classified as a convertiplane or tilting rotors aircraft, which has both vertical take-off and landing capability (VTOL), and short take-off and landing (STOL). It takes Osprey's name from the English name of Osprey. It was designed to combine the functionality of a conventional helicopter with the high-speed, long-range cruising capabilities of a turboprop aircraft.

Although it has only been operational for a few years, its history is long and dates back to 1981, thanks to the Joint-service Vertical take-off / landing Experimental (JVX) program of the Department of Defense of the United States. Two of the main helicopter development companies are responsible for the challenge of producing the first large-scale convertiplane and for military use. 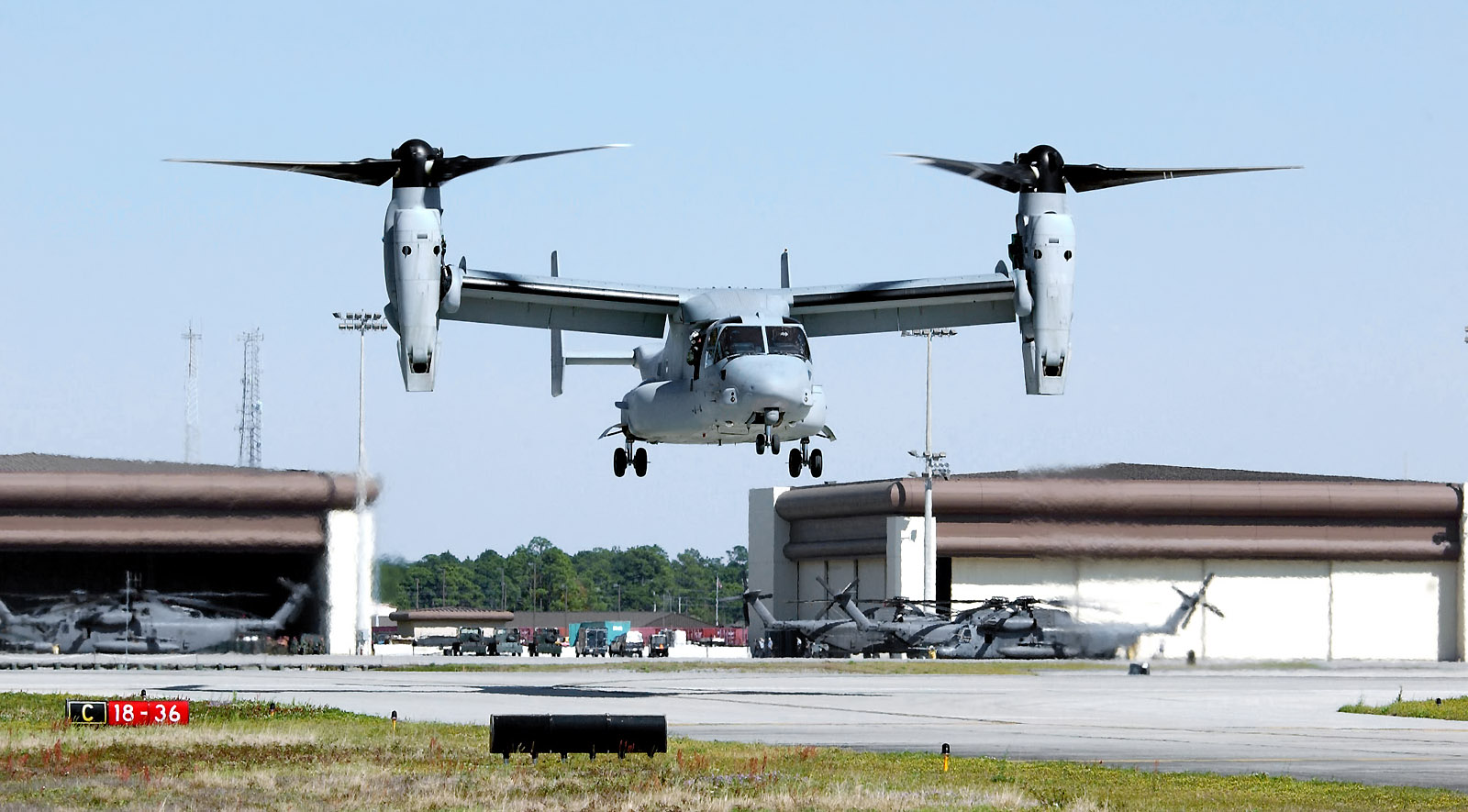 It wasn’t until 1989 that the V-22 did not make its first flight starting its testing phase, in which it suffered different alterations in its design. Being the first vehicle of its kind, it presented numerous difficulties and complexities that made this phase last longer than expected. Finally, in the year 2000, began the training phase with Osprey crew training. In 2007, officially entered into service both in the Air Force and in the United States Marine Corps.

Although its cost is much higher than any equivalent helicopter, the great advantage of the V-22 Osprey is the versatility, range and flight autonomy it has thanks to its design. It has a gondola with two turboshaft engines, which are connected by transmission to its two three-bladed propeller rotors mounted on each of the two wing tips, so that either of the two motors can move the two propellers. 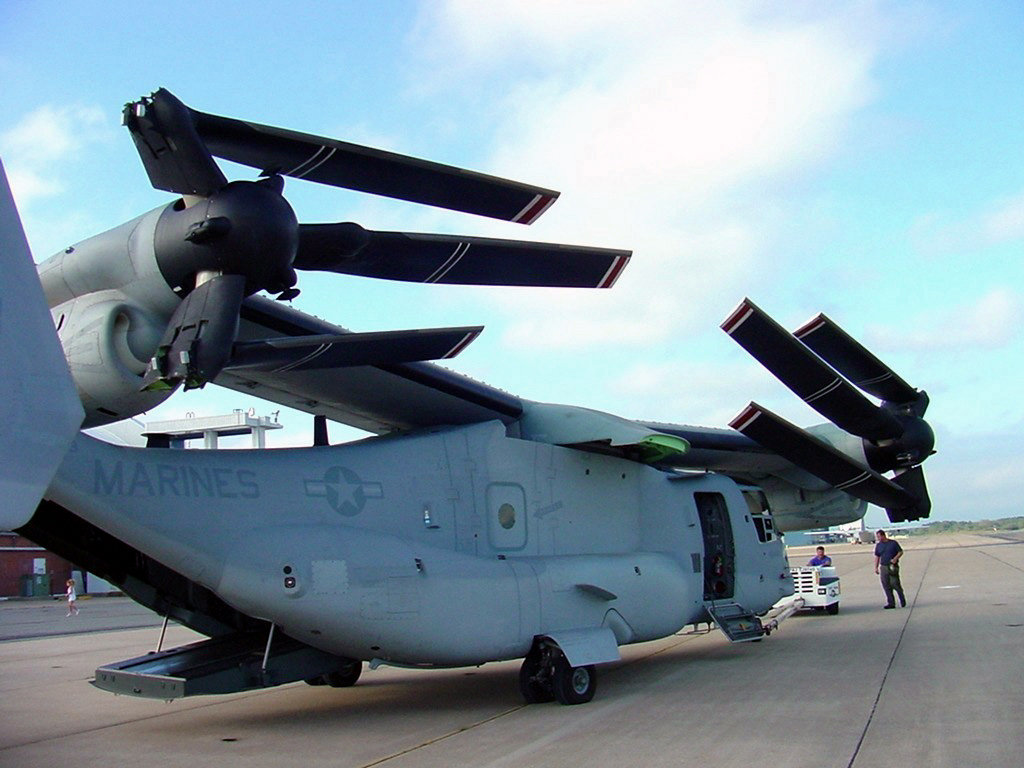 To take off, it works like a helicopter with the gondolas in vertical position and, therefore, the rotor-propellers in horizontal position. Once in the air, the gondolas rotate 90º forward in just 12 seconds to perform the horizontal flight, making the V-22 something similar to an airplane and thus achieve greater speed and lower fuel consumption. Although if the gondolas rotate 45º forward can also make short landings and takeoffs like a traditional plane. Another advantage is that its wing can rotate to align with the main structure, just as its blades can be folded, so it can be stored and transported in a compact manner.

The V-22 Osprey has become an essential troop transport for USAF and the United States Marine Corps Special Forces operatives. It has been seen in the theaters of operations in Iraq and Afghanistan, as well as in its bases in the United States. 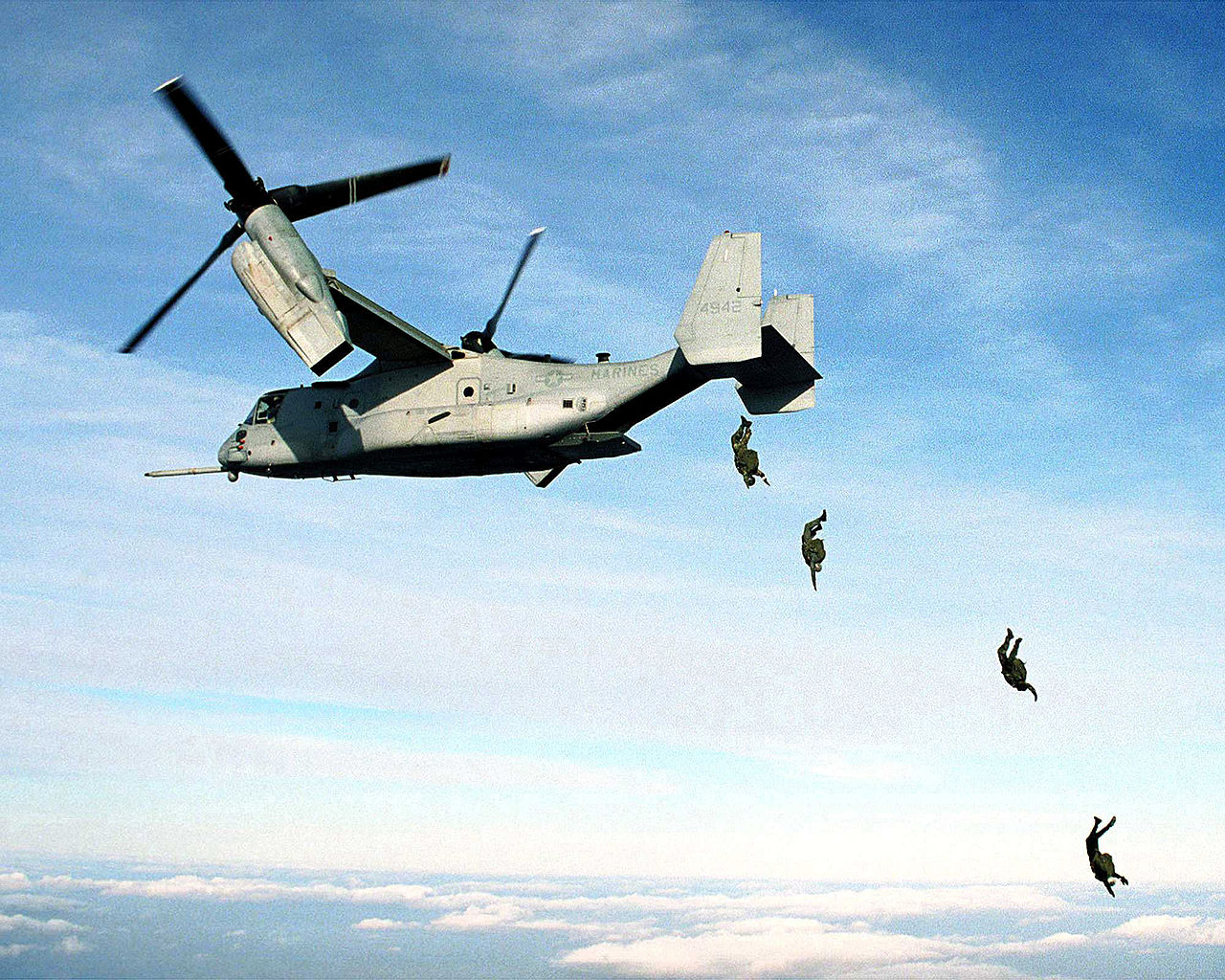 Recently, several V-22 Osprey units have been moved to different NATO Mediterranean bases. Thus, they have been seen on bases such as Capodichino in Italy or Rota in Spain.