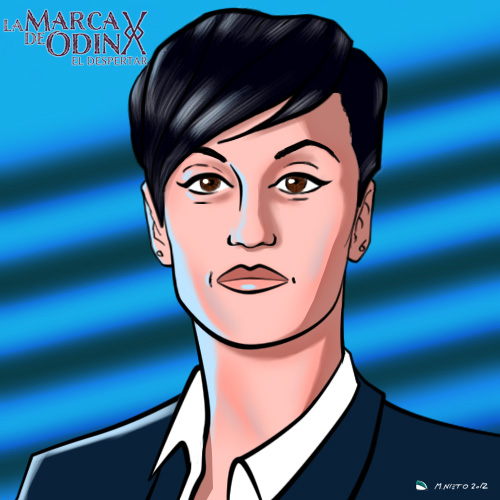 If there was something clear for Lara Sánchez was that she wanted to be the best in her field and that nothing will stand in front of her personal ambition. Raised in a middleclass family, she was the younger of five kids and the only daughter. Since child her family wanted to teach her their conservative traditions, so she could find the right man to marry and be the perfect housewife.

But that wasn’t the future that she was dreaming. In a society where women started to reach the place they deserved in the business world, she had clear that wanted to reach the highest position and knockdown any door closed.

With an analytic mind she had a great empathy and ability to establish connections and relationships with other people. He had a great oratory and was able to get the attention of everyone who was listening to her. That was the reason he studied Political Sciences at the University and joined one of the main political parties in Spain. During years she progressed in the Party wanting to be the best.

Obviously, that ambition came with a great cost. Example of this was that she was unable to maintain sentimental relationships, as she was living only for the job and finally her partners ended breaking the relationship with her, tired of competing with her political career. The most painful moment was her divorce with the man that she thought was going to be his husband for all life, a partner from the Party.

After the political crisis of 2008, Lara Sánchez decided to review herself. During years she had been part of a “system” that wasn’t working and that deceived her. That disappointment resulted in the decision to leave her political career and move to the private sector.

For three years she was in a great multinational as Public Relations manager. It was a frenetic part of her life, living in planes with her face struck in a Blackberry. In 2011 she had the chance to apply for the Public Relations Manager of the European Aerospace Center of Seville. That job would allow her to move back to Spain in a city that she loved and, who knows, maybe rebuild her personal life and form a family with someone.

Lara is proud of being the Public Relations Manager for the most advanced and innovative development center of the world. Since the EAC inauguration, as the European Aerospace Center is known she has been the face and contact for all press media, institutions and organizations, either public or private, all related with the aerospace development.

She is aware of her great responsibility, specially knowing the importance of the Hermes Project, as everyone will look for her. But she is not afraid of pressure or challenges. To the opposite, she feels a great determination and happiness for having the chance to keep proving everyone, as she has done since she was child that she can be the best at what she does.