At the end of the 90’s both NASA and USAF had initiated different investigations on conceptual designs of prototypes to study the viability of a plane without tail and with vectorial thrust capability. From this arose prototypes such as the X-44 Mantha or the X-36 from NASA, and fully operational combat aircraft such as the F-22 Raptor or the F-35 Lightning.

At the beginning of 2000 the investigations were canceled and it seemed that they were not going to resume. It was Robert P. Giles, current Chief of Staff of the USAF who initiated a pressure movement to go further. He wanted to find a system that would not only ensure the defense of the United States of America and its allies in the heavens, but also from space. For five years he was gathering support and contacts with whom to shape his great idea. To develop a first prototype of a modular orbital superiority jet fighter for the USAF. This way was born the project that would be called Project Phoenix.

After gathering all the necessary support, he presented his proposal to the United States of America Congress, obtaining a budget of more than one billion dollars to develop the program in less than ten years. For its development, a civil-military formula was sought, combining the resources of the USAF Lab and a private company. After a contest that lasted two years, Space-Combat Ventures was chosen as the contractor in charge to develop the first prototype of the Phoenix. 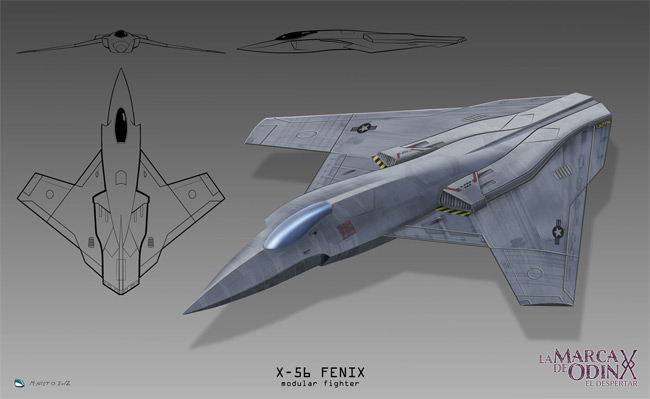 In 2007 the Project Phoenix was officially launched with the aim of crafting two first prototypes that will help to raise the final approval by the United States Congress. That was an essential requirement to be able to move to a large-scale production phase to provide the USAF with a complete fleet of new fighters. Its development is carried under the strictest of secrets at the facilities of the Groom Lake Air Base in Nevada.

In 2009, Lieutenant Colonel Jack Preston of the USAF was appointed as Head of Phoenix Project Test Team. After three years of intense work and many flight tests, the Phoenix approaches its fire test, a complete and real test where all its operational combat capacity will be tested. 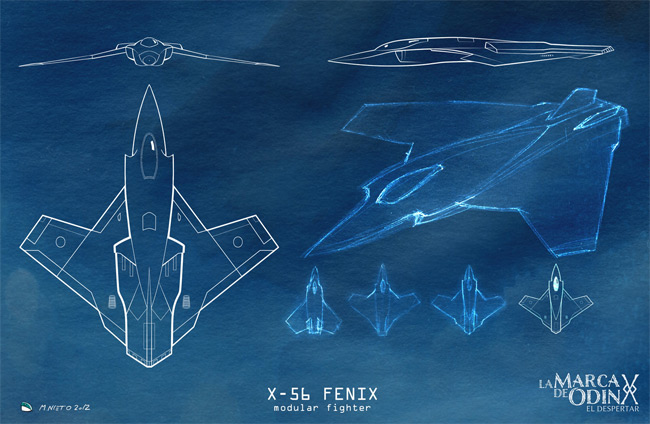 The Project Phoenix is a secret even within the USAF and only highest rank officers are aware of it. Even so, there are several rumors around about a new prototype that will change everything for the USAF. The gossips talk about an airplane capable of going beyond Earth’s atmosphere to shoot down any enemy satellite or ballistic missile. And not only that, but then be able to make a safe reentry on Earth to attack any target in a blind of eye. Other people even mention that in can change its shape or that’s made of different modules.

Few months ago a faction in the US Congress has started to raise their criticism against the costs of the Project Phoenix. Congressman John Casper is the leading voice who has assured his trusted colleagues that he will do everything in his power to cancel it.